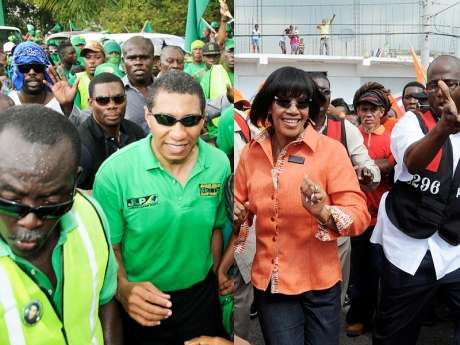 This in light of what they see as the possible resurgence of politically related killings in the Newlands community.

The letter has been co-signed by National Integrity Action, the Private Sector Organisation of Jamaica, the Manufacturers Association, Chamber of Commerce, Jamaica Environment Trust and Women’s Resource and Outreach Centre.

They say there should be no defacing of any structure, roadway or installation for the purpose of displaying political messages or slogans except in such a manner as is permitted by law.

And leaders should therefore demand that followers no longer put up and immediately take down orange or green flags on light posts or other structures.

They also want strong action to be taken on vote buying and selling by both political parties as well as the police.

And they are also requesting that party platform speakers be mindful that statements made are not in breach of the code of Political Conduct.

They say no one whether it be party leader, political officials or activists, should taint Jamaica’s hard won gains as a model country for free and fair elections, without violence, intimidation or irregularity.