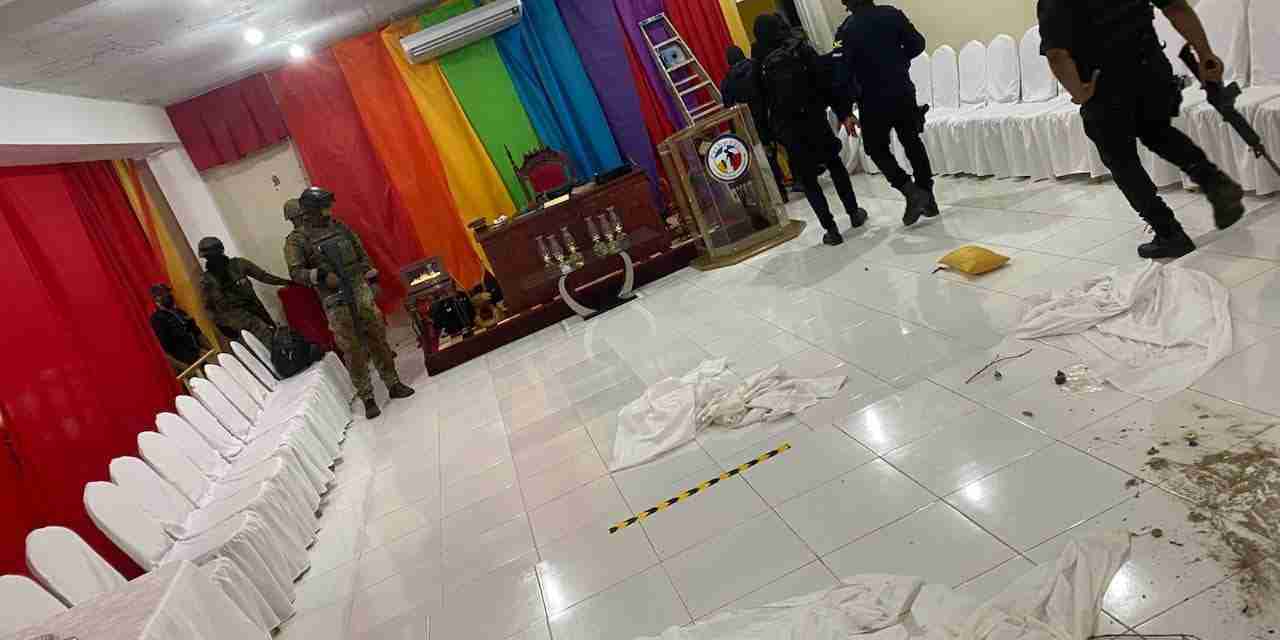 Nationwide News understands that the police have seized a laptop from a senior member of the Pathways International Kingdom Restoration Ministries in Montego Bay which contains details of a plot to kill 144 people as part of a human sacrifice.

The information on the electronic device says following the killings the senior church members would flee the island via an ark.

Wayne Walker has the story.

The device is being processed by detectives as part of a high level probe.

Nine men from the church remain in jail this afternoon.

The men remain behind bars as police investigators intensify their probe into the killing of two church members during a ritual on Sunday evening.

The deceased male and female were murdered by fellow church members as part of what’s believed to have been a human sacrifice.

A third member of the church was killed by the security forces when he allegedly attacked them with a knife.

Among those in custody is the leader of the church.

It’s understood that an aspect of the police investigation is also focused on the source of funding of several senior members of the church.

The Church leader is to be interrogated by police investigators in the coming days about the circumstances in which two people were stabbed to death in the incident.

Head of the Corporate Communications Unit of the JCF, Senior Superintendent Stephanie Lindsay, told our news center today that the police expect to lay criminal charges in connection with the grisly killings inside the church.

Three people were also wounded during the bizarre church ritual. They remain in hospital this afternoon receiving treatment.

Among the wounded is a man who has stab wounds and was found begging for his life when the security forces invaded the church on Sunday.

The church is located in Albion St. James.