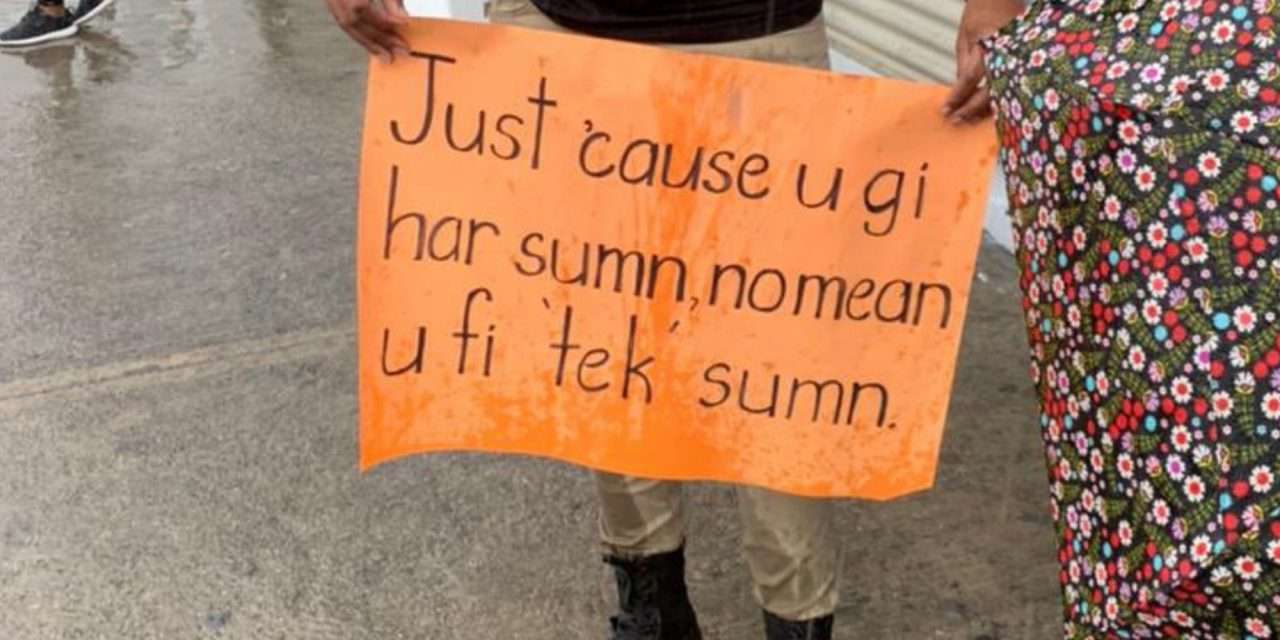 A group of social media activists today took to the streets of St. Andrew to protest against what they say is an attack on Jamaica’s women.

The group which calls themselves “Stand With Women JA”, braved an afternoon downpour and gathered in the vicinity of the Half Way Tree Transport Centre bearing placards and chanting “No Means No!”

The group, which organised on popular social media site Twitter, says the society has for too long been tolerant of the scourge of violence against women.

Our news center caught up with one of the protesters, Jelaine Phoenix.

She says women have had enough.

The protest comes on the heels of the brutal murder of 20 year Khanice Jackson of Portmore in St. Catherine.

The group of protesters say they will not relent until parliamentarians take action to deal with the issue of gender based violence.

Parliamentarians on Tuesday condemned violence against women in the society and called for amendments to the law to offer stricter punishment for offenders who plead guilty to murdering women.