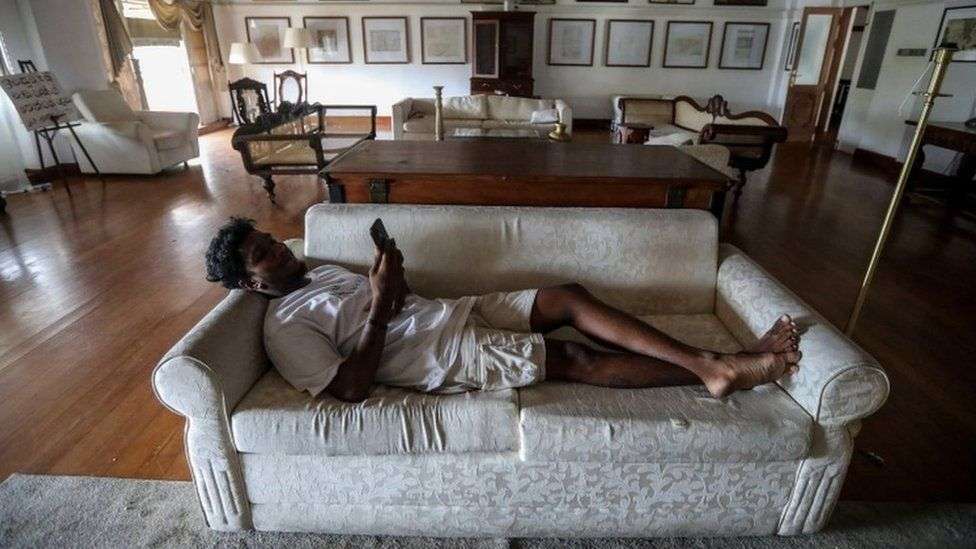 Protesters have said they will continue to occupy the Sri Lankan presidential and prime ministerial residences until both leaders officially resign.

President Gotabaya Rajapaksa said he would step down on 13 July, according to an announcement made by the parliament’s speaker on Saturday.

The president has not been seen or made a public statement himself.

Thousands descended on Colombo on Saturday demanding his resignation after months of protests.

The president has been blamed for the country’s economic mismanagement, which has caused shortages of food, fuel and medicine for months.

Prime Minister Ranil Wickremesinghe also said he would step down following Saturday’s protests, in which his private residence was set on fire.