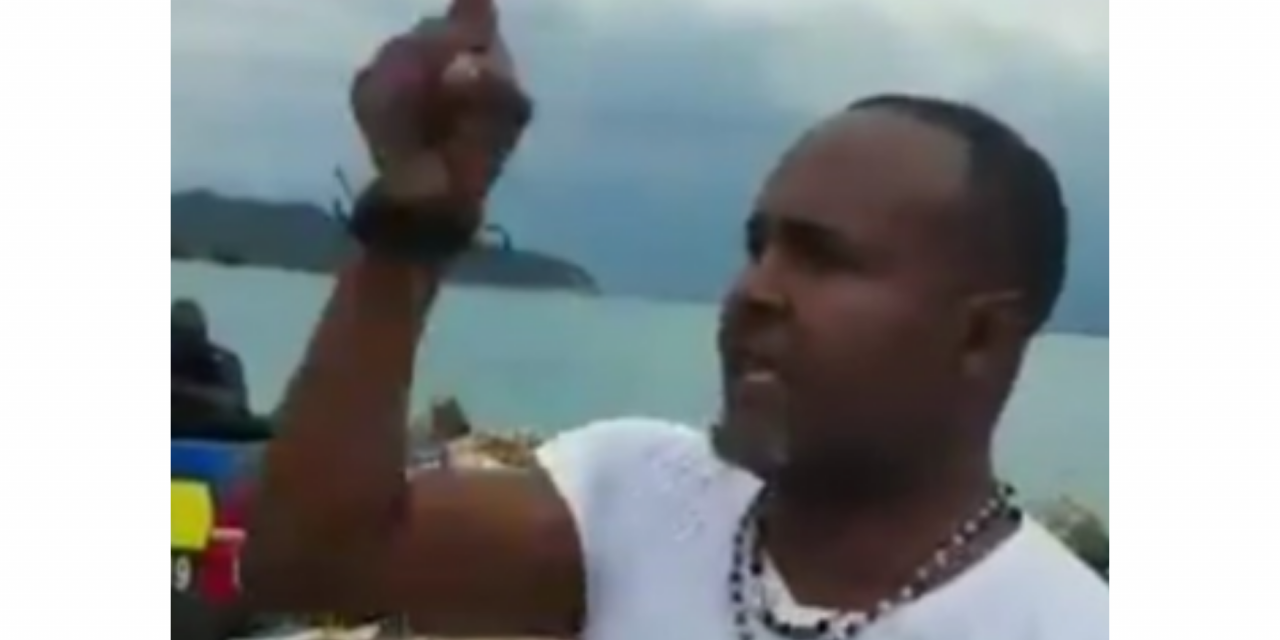 Stephen Witter, the man who was caught on tape, berating the police in a tirade at Hellshire beach in St. Catherine in March is in more trouble with the law.

A psychological evaluation was ordered on the 42-year-old after he launched into another tirade this time in the presence of a judge in the Kingston and St. Andrew Parish Court.

Witter was before the court to answer to charges of breaching the Cyber Crimes Act.

Witter is alleged to have contacted Member of Parliament for St. Thomas Eastern, Dr. Michelle Charles and threatened to kill her.

Reports are during the hearing, Witter launched into an expletive riddled rant demanding fair treatment.

It’s unclear what caused boisterous behaviour. Mr. Witter reportedly damaged court property and attacked members of the Constabulary who were on duty at the court.

It took multiple members of the Constabulary to restrain Witter.