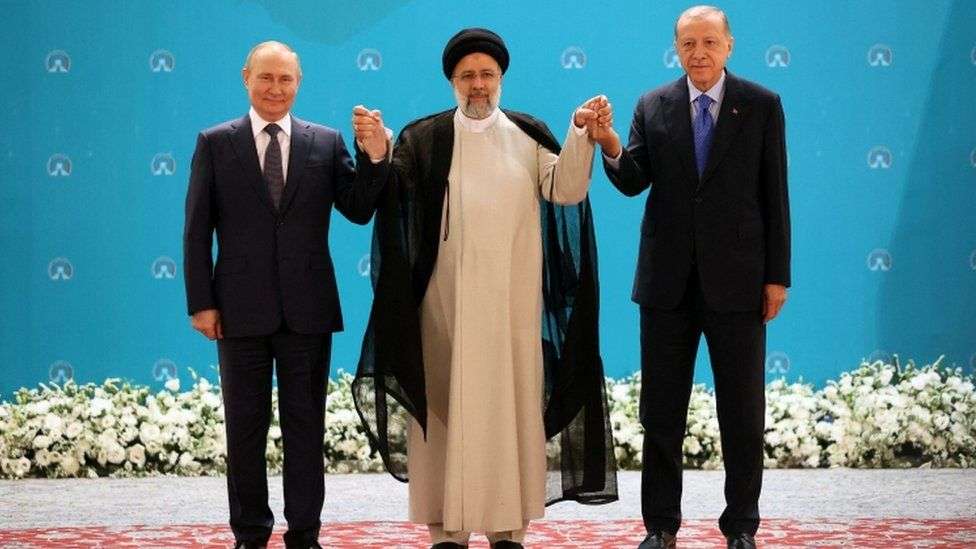 Russian President Vladimir Putin, on Tuesday met with the leaders of Iran and Turkey in his second foreign trip since he launched the invasion of Ukraine in February.

Putin flew into Tehran for meetings with Iran’s president and supreme leader, as well as Turkish President Recep Tayyip Erdogan.

According to sources close to the Russian leader, the exports of grain, Syria and the Ukraine conflict were the main items on the agenda.

Iran is one of Russia’s few remaining international allies and the visit is seen as a chance to deepen ties between the countries.

Last week US officials alleged that Tehran was planning to supply Russia with hundreds of drones for its war in Ukraine.

Following the meeting with Iran’s President Ebrahim Raisi, Putin said relations between the two countries were developing at a good pace.

Putin said the two countries are strengthening ties in areas such as international security, trade and the settlement of the Syria crisis.