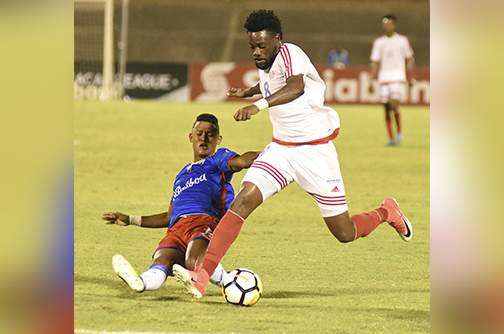 Morris’ initial result was inconclusive, leading the authorities to put him in isolation and under observation.

The midfielder was retested and his result came back negative.

Meanwhile, up to sports time the management of the Jamaica squad was still waiting on the results of the latest set of tests carried on the players.

That could determine what the make up of the team will look like for tomorrow’s second international friendly against Saudi Arabia at the Prince Faisal Stadium in capital City Riyad starting at 11.30 a.m, Jamaica time.

He is now isolated and awaiting the results of a second test.

While confirming Wint’s positive test, he pointed out that the General Secretary is coping well.

As per protocols set by the host, people testing positive are isolated for 10 days before another test is done.

If a negative result emerges, people can travel home.

Jamaica will be aiming to rebound from Saturday’s 3-0 defeat, their second straight loss to the Saudis following the 5-2 reverse on October 9, 2017, when they last visited.