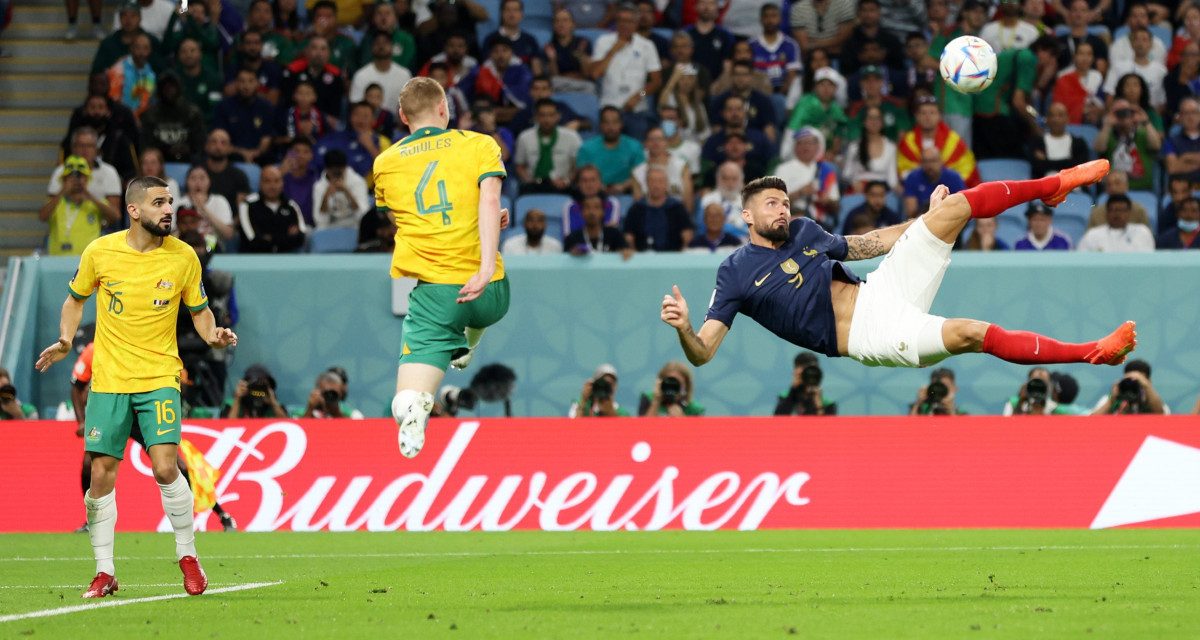 France began their title defence in style with an emphatic 4-1 win over Australia in their Group D opener at the 2022 FIFA World Cup in Qatar, today.

The Socceroos took a shock early lead against the reigning world champion through Craig Goodwin’s goal in the ninth minute.

However, Didier Deschamps’ side, despite missing a number of star including this year’s Ballon d’Or winner Karim Benzema due to injuries, equalised in the 27th minute via Adrian Rabiot.

Kylian Mbappe extended his side’s lead with a header in the 68th minute, before providing a cross for Giroud’s second goal of the match three minutes later to make it 4-1 for France.

Meanwhile, CONCACAF giants Mexico and Poland played to a nil-all draw in their opening match with the Mexican goalkeeper Guillermo Ochoa emerging as the hero with his penalty kick save in the 58th minute.

Still, Mexico will likely be more disappointed by the result after dominating much of the game.

However day three at the tournament got off to a rousing start as the Kingdom of Saudi Arabia created a stunning upset when they beat one of the title favourites and two time champions Argentina 2-1.

The Saudis who went into the game selling odds of 500-1 to win the game, fell behind after only ten minutes when Lionel Messi converted from the spot to put Argentina ahead.

But two second half goals in three minutes completed the scoreline which reverberated around the world in easily the biggest shock so far at the tournament.

They then held on amid intense pressure from Argentina, sparking wild celebrations from their fans and players alike.

Meanwhile, Denmark were forced to settle for a point in their opener in Group D, as they were held to a nil-all draw by Tunisia.