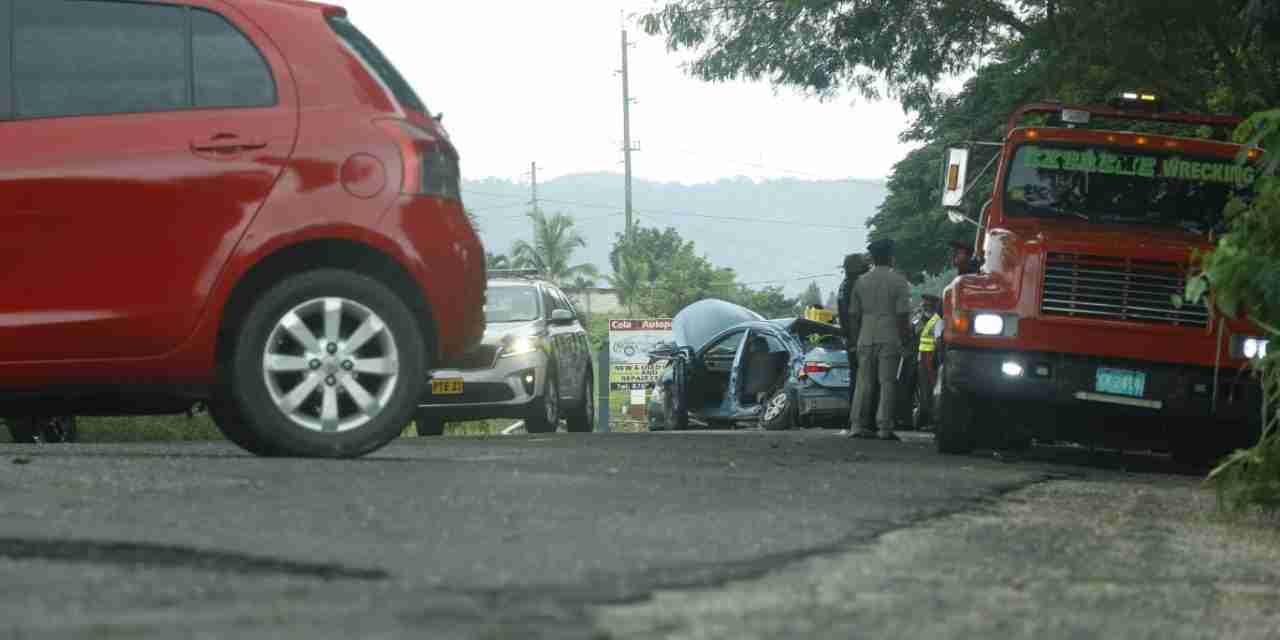 Three hundred and fifteen people have died as a result of road crashes across the island since the start of the year.

According to the Road Safety Unit, RSU’s, latest crash update, there were 274 fatal crashes so far across the country.

The latest fatal crash occurred Thursday afternoon on the North Coast Highway near Braco in Trelawny. Three people including a husband and wife, were killed.

The crash followed an earlier incident in which a motorcyclist collided with a Ford motor truck at the intersection of Mountain View Avenue and Robertson Avenue.

The motorcyclist later succumbed to his injuries.

During the period August to September, 29 people have been killed from road crashes.

In the RSU’s update, it’s revealed that 17 children died as a result of 14 fatal crashes.

The RSU says pedestrians account for nineteen per cent of the road users killed.

Majority of those killed were reported as vulnerable road users accounting for fifty-four per cent of the fatalities.

Motorcyclists account for the category with the single most road users killed at 27 per cent.

Majority of those killed in road crashes are identified as males at 85-per cent while 15 per cent of the deceased are females.

The Area One police division, which includes St. James, Hanover, Westmoreland and Trelawny, also accounted for majority of the fatalities.

Director of the Road Safety Unit, Deidrie Hudson Sinclair, is renewing the call for road users to exercise caution on the nation’s roads.