Rugby: Jamaican Abevia McDonald JOins London Skolars, Yet to Play Due to COVID-19 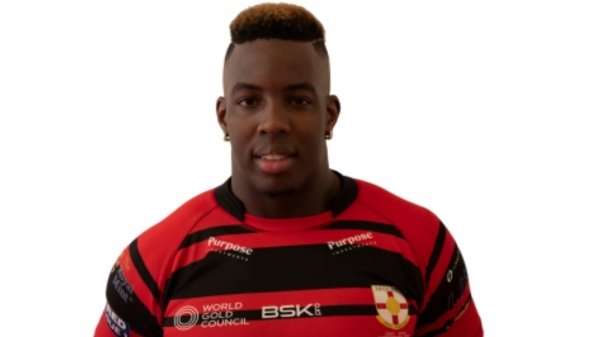 Abevia signed a first team contract with the Skolars in 2019 but like all other players in League One or the Championship, saw no action due to Covid in 2020.

At EXED he was an avid football player.

His chance in League came when he observed coach Roy Calvert and members of the college team training.

He was further encouraged by members of the team to try the sport due to his athletic built and blistering speed.

Before long he was an integral part of the team and blazed his way to 8 tries in 10 games during the January to April window of the Intercollegiate Championship.

In the 2014-2015 college season he grabbed 8 tries in 7 games and kicked 19 conversions to help secure 3rd place for his college team.