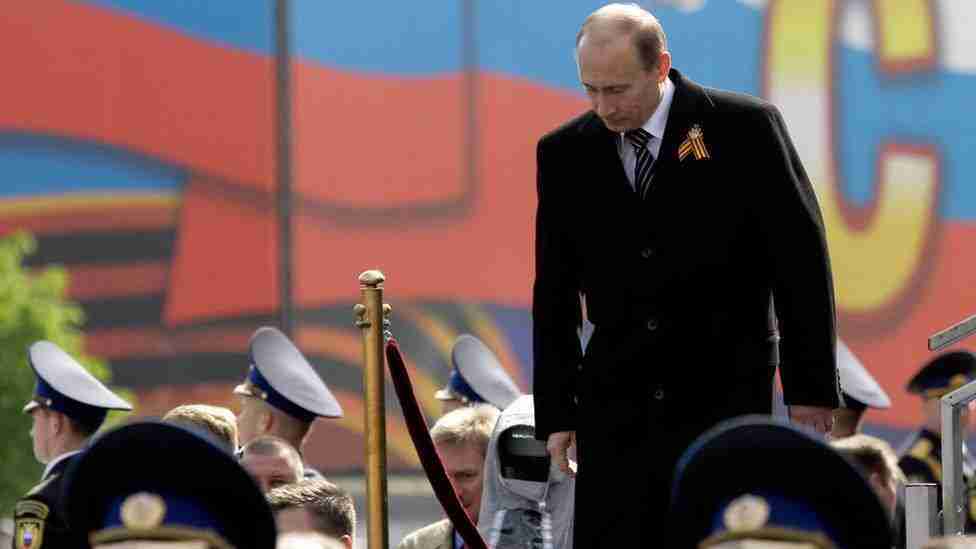 President Vladimir Putin has sought to link his country’s struggle against Nazi Germany in World War Two with his invasion of Ukraine.

In a speech marking Russia’s Victory Day on Monday, Putin baselessly claimed the West had given him no choice.

Putin told a huge military parade in Moscow’s Red Square that Russian troops in eastern Ukraine are “defending the motherland”.

He says the invasion of Ukraine – what he called a “special military operation” – was necessary and had been provoked by the West.

The Russian President said the intervention in Ukraine was necessary as the West was preparing for the invasion of Russian lands.

But he did not make any major announcement related to the war, including declaring victory or full-scale mobilisation.