Rvssian Pays Tribute To Late Niece, ‘Will Not Act Too Cool Anymore’ To Take Covid-19 Vaccine 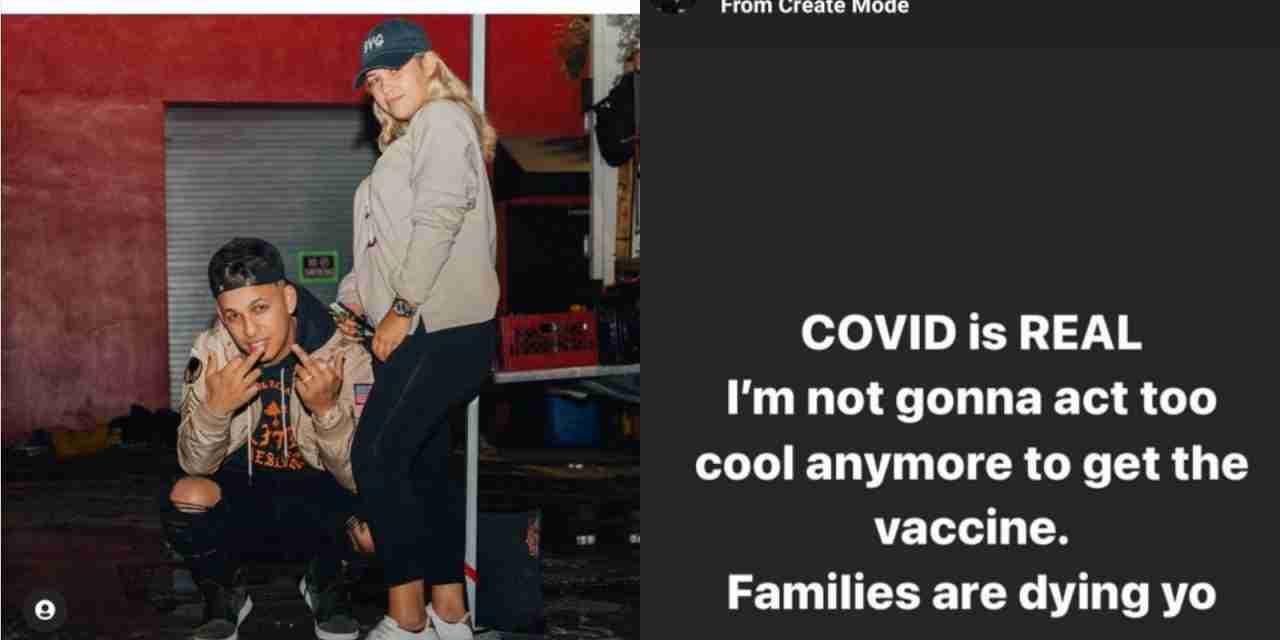 One of the country’s leading music producers, Rvssian, says he will not act too cool anymore to take the Covid-19 vaccine.

Rvssian made a post to his one million Instagram followers on Wednesday which said – “COVID IS REAL, I am not gonna act too cool anymore to get the vaccine. Families are dying yo.”

The producer made the comment a day after his niece, Steffie Gregg, died of complications of Covid-19.

Rvssian appealed to God for clarity following the loss of Steffie.

Rvssian also wrote on Instagram a heartfelt tribute to Steffie. He described her as one of the happiest persons he knew who had a great vibe and always lit up any room she entered.

The entertainment personality says it was only recently that Steffie was in his studio getting her new video game tattoo.

Rvssian reiterated in his post “Covid is real. You don’t know until it hits home”.

The producer, who also lost his father recently, lamented that Steffie was so young and did not get to carry out all her plans.

She was reportedly airlifted overseas after falling ill in Jamaica due to complications of Covid-19.

It was reportedly her second time contracting the virus.

Steffie’s death has sent shockwaves through sections of St. Andrew, along with the sporting and entertainment sectors.

Entertainer Popcaan, former athlete Warren Weir and footballer, Leon Bailey, are among those who on Tuesday expressed shock at her passing.

On Wednesday, Usain Bolt, Tony Matterhorn, Wayne Marshall and Stephen McGregor were among hundreds who sent messages of support to Rvssian after he paid tribute on Instagram to his niece.