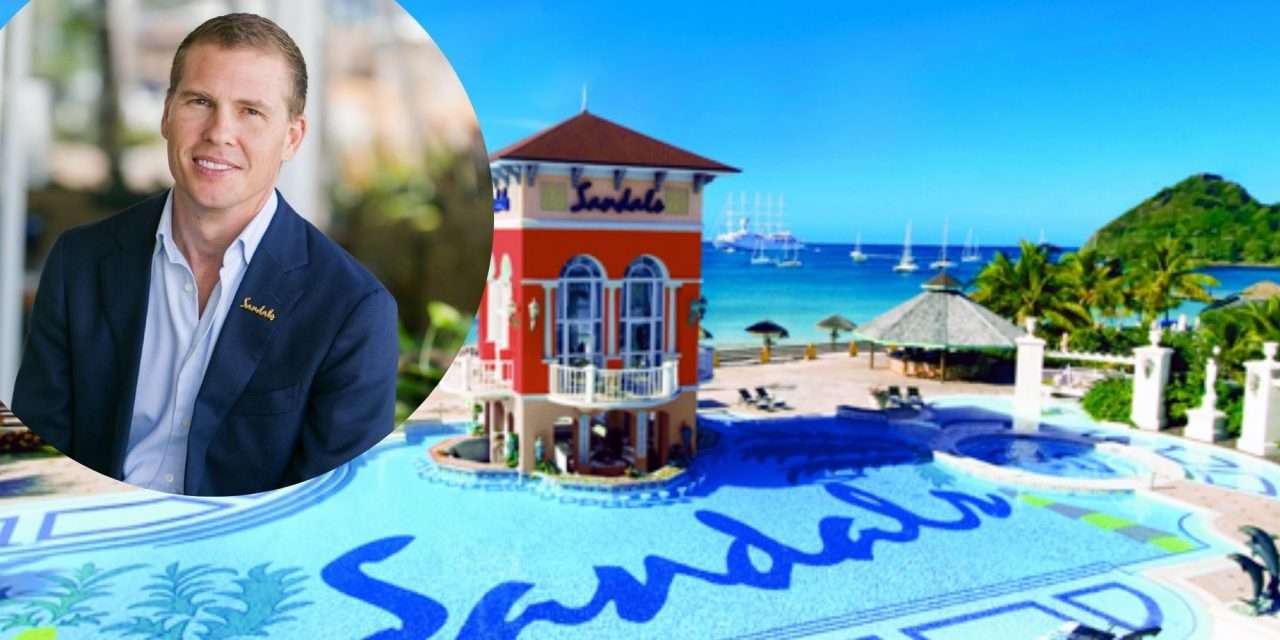 The hotel chain says the move is geared toward setting the stage for a new standard of excellence and continued investment in Jamaica.

This means the Dunn’s River resort will return to its former name Sandals Dunn’s River, while it was a part of the Sandals family.

In addition the adjacent property is to be redeveloped. This property will become the Sandals Royal Dunn’s River with 250 ‘lavish rooms and suites.’

According to Mr. Stewart the new ‘sister hotels’ will operate similar to the concept of the Sandals Barbados and Sandals Royal Barbados, where exchange privileges are offered between the two all-inclusive resorts in Barbados.

He says this will become the third family-friendly Beaches Resort in Jamaica.  He says the hotel will its feature an estimated 400 rooms and suites. He says guests will have access to Runaway Bay Golf Club.

Mr. Stewart says “Jamaica will always play a critical part in our plans to grow and innovate Caribbean hospitality.  There is tremendous opportunity here and a ripe moment, as leisure travelers are choosing to return to the places and brands that they know and trust”.