Below is the full text of the speech delivered by former President of the Jamaica Medical Doctors’ Association; Dr Alfred Dawes, to the Private Sector Organization of Jamaica, PSOJ President’s Forum
———————————————————————————

Much has been said about the state of the Jamaican public health sector over the past few months. The general consensus is that the situation is critical. We are now seeing the effects of years of poorly implemented policies and gross underfunding on the delivery of health care.

I could spend all day elaborating on what you already know. That the infrastructure is dilapidated. That supplies are limited, forcing health care workers to reuse instruments at the expense of standard infection control principles. Emergency rooms, wards, and clinics are overcrowded and there is a chronic shortage of bed space. That patients are sometimes poorly treated by broken, frustrated and overworked staff that have been transformed into clock-watchers, dying for an opportunity to leave for greener pastures. I could try to explain why 19 babies have died and who dropped the ball at every opportunity provided for salvation of those innocent souls. But most of this you already know.

The recently released health audit provided a glimpse into how bad things really are in the public health system. However there are no surprises to be found in the audit if you have worked at, or sought medical care in any of the island’s public health facilities. What should be the big surprise is why nothing was done to fix the problems affecting the system long before it deteriorated to this point. Surely those who ought to know better would have recognised the downward spiral long before this. And you would be right for thinking so.

There are reams of studies commissioned by the Ministry of Health that speak to the poor structure of the Regional Health Authorities, as well as the Central Ministry, and the need for urgent reforms, as far back as 2007. Others have questioned the viability of the no user fee policy without a means of sustainable financing. The need to focus on primary care was proposed in 1938 by the Moyne Commission and echoed by a Green Paper in the 1970’s. Since then numerous reviews and expert opinions have concluded that you cannot have a healthy nation without adequate primary care.

It is inconceivable that with this plethora of audits and recommendations that the powers that be do not know of the deficiencies in the system and the necessary reforms that need to be enacted to address them. Across the country there is a palpable sense of disbelief and shock as to how this could have happened in a democracy built on the principles of transparency and accountability. There is one simple explanation. Politics.

A newspaper article in 2010 contained a story with the quote “doctors, who declined to be named because they fear reprisals said…..”. Fast-forward to 2015 and there appeared another article in which a doctor was quoted under condition of anonymity, for fear of being victimised.

These stories were published under different administrations so it is not one authoritarian government driving fear into the hearts of these commentators. Instead it is a fascist orchestra with rotating conductors that has silenced critics with the fear of reprisals.

A department head once told me that she was asked by a hospital CEO to change her report as she kept putting together the same wish list to be submitted to the Ministry of Health. It made it seem as if nothing was being done by the hospital administration. At the other end, the top MOH officials report that they are constantly left in the dark about what is happening in the hospitals an health centres.

To compound this, frequent reminders are sent to staff members, that speaking publicly about their jobs is a breach of the staff orders that govern their employment. With the inculcated fear of repercussions, there is no surprise that only a few have spoken up about the progressively worsening state of affairs. So who are these feudal lords who tighten the screws on whistle blowers and whitewash reports going to the top? And why are they more concerned with keeping up appearances rather than addressing the ills in the sector? I paraphrase a popular quote when I say….. It’s politics, stupid!

Over the life of my presidency I have stayed clear of politics in our advocacy for improvement in the health care system. However in what I intend to be my final public utterances on the topic, I acknowledge that we cannot separate politics from healthcare in Jamaica. We all know that there are appointments to public office and promotions based on political affiliations rather than merit.
This has led to a governance issue in the MOH where decision makers and those who implement policies are not necessarily the best at what they do. Nor do they put the interest of the country above that of their party. They do not, or care to know how to solve the problems. They are however adept at covering up inadequacies and buying complicity with the silence of their subjects.

Some time ago a prominent member of society labelled Jamaica a failed state. I completely disagree with that characterization. For Jamaica is not a failed state. It is a failed nation. The state still provides law and order and maintains the social and economic constructs that make us a liveable country. However, it is the people working together for the common good of all that defines nationhood. Instead of uniting for the development of our country, we have created divisions and engaged in the subversion of our self-minted enemies, that has resulted in our nation being torn apart. And for that, we have failed as a people. We have failed as a nation.

We are the reason why we have economic stagnation, high crime rates, failing schools. We are the reason why we have dead babies. We through our divisive politics have destroyed the dream of what could have been a greater Jamaica.
Throughout history mankind has created divisions based on religion and ethnic origins. Jamaica has been blessed to have a relatively tolerant society without wars based on race or beliefs. We have escaped that which up to today still plagues many of our neighbouring countries. There are no Shiites versus Sunnis, Muslims versus Jews, Tutsis versus Hutus, Blacks versus Indians or Whites.
But instead of using our homogeneity to become a great country, we created our own tribes based on political allegiances. We know of the JLP and PNP tribes. But there is a third tribe. A tribe that has repeatedly been spat upon, disrespected and exploited by the two ruling tribes. I speak of the tribe comprising those whose votes cannot be bought, and do not contribute significantly to the ruling tribes. These are the people who will never see the benefits of handouts come election time. Or be rewarded with top jobs and lucrative contracts by whichever party is in power. They stand to get nothing because of their shifting loyalties and refusal to vote consistently along party lines.

They do not vote. So Governments are not determined by their favour. Instead they are formed by the work of the party diehards who only see enemies in those wearing different colours. It is these voters who must be seduced. And while some are true patriots, others are loyalists because they know what victory at the polls will mean for them.
Because of this tribal culture we will continue to have boards and committees stacked with political appointees. Promotions will not be based on merit, but on who is a more devout comrade or labourite. We the oppressed tribe will continue to be intimidated into cowering in fear and not speak up lest we be persecuted. This is what happens not just in the MOH but throughout Jamaica land we love.

Were successive administrators really concerned about the development of the nation they would employ competent managers. The policies implemented and maintained would not be geared towards appeasing their donors and loudest supporters. But would be consistent with the dream that Jamaica, with her blessings of location, history and people, can one day regain her place as the jewel of the Caribbean.

We however cannot expect this from those whose only objective is to remain in power and shower their supporters with scarce benefits and spoils. It is up to us, who see without a green or orange tint, to save Jamaica. The Jamaica that at her birth was a shining example of what self-governance should be.

And we have already begun. The winds of change are blowing. The old order is crumbling. The times are changing. Those who have been silent are now finding their voices. Hope is once again alive. The hope that the divisions created by one generation will be torn down by a new generation of patriots. Already social media is creating a new avenue for advocates to unite and spread their messages. The traditional media will not relent when questions of national importance are not adequately addressed. Nine-day wonders are refusing to go away unless the voices of outrage are appeased. The establishment has grown uneasy knowing that who will not come forward publicly, will leak any cover ups to which their conscience objects.

There are no bystanders complicit by their silence. Jamaicans are fed up. And the hope that we will one day unite for change is being manifested every time we make the government listen to our concerns and act on them. Every time a journalist breaks a story and drags the truth from darkness into the light of day. Every time a hashtag is used as a weapon of change.
The checks and balances of democracy no longer lie only with the opposition party of the Westminster system. But with this new mass movement for change. A movement allied with the media, the private sector and civil society groups. The deferred dream of one generation is being fulfilled by the sustained advocacy for better governance by another.
Whether you realize it or not, we are in the midst of a struggle for the soul of our country. The battle lines have been drawn and you must now choose your allegiance.

Years from now when the story of this struggle is told, which side of history will you be on. Will you be a defender of a corrupt system, or will you be on the side of those who fought for better governance, transparency and accountability. The moment to decide is now. And the choice you make will determine whether we continue down this path to destruction. Or we unite to create a greater Jamaica. 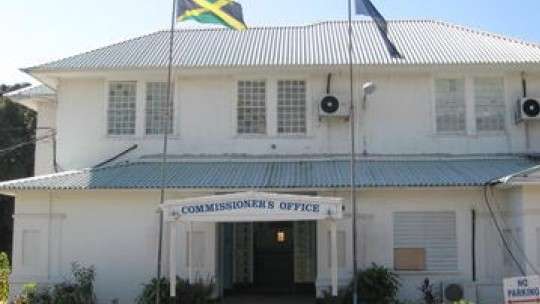 Bunting Criticises Move By PM To Declare Another State of Emergency