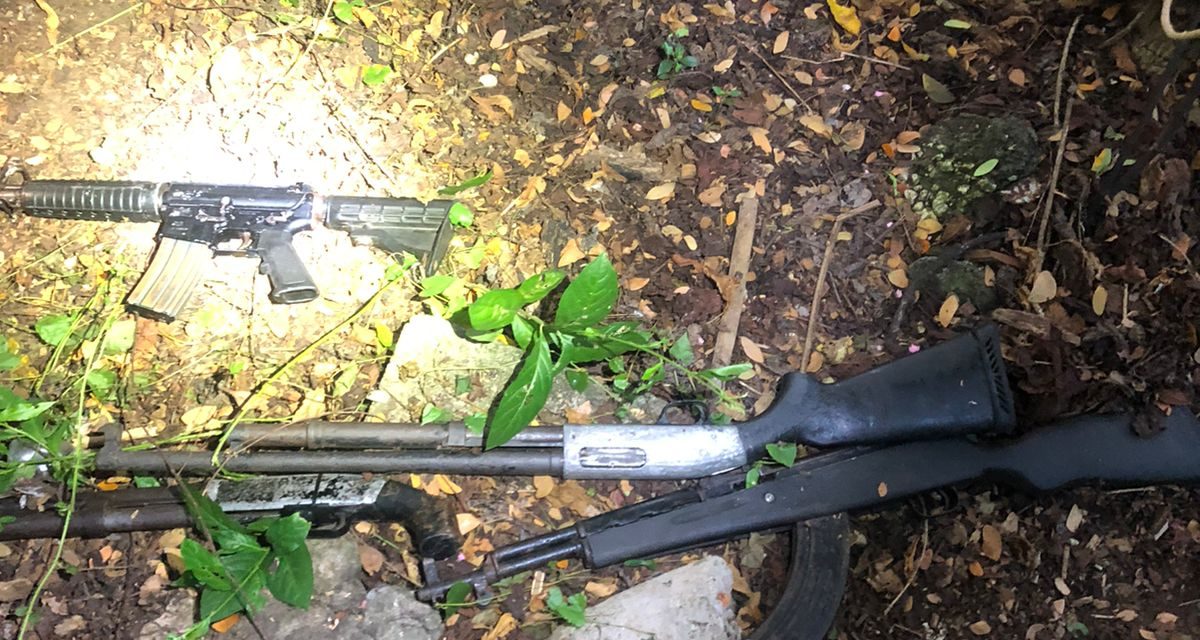 The St. Catherine Police and members of the military were kept busy Thursday morning in two separate incidents in which armed men engaged them in gun battles.

The first incident occurred in Gregory Park Portmore and the other in Central Village Spanish Town.

The shootings ended with two of the gunmen being killed. Several illegal weapons were also seized.

Two AK-47, one M-16, two shotguns and a handgun were seized during the early morning police/military operation in Gregory Park.

The community is now under a curfew.

The lawmen who went into a heavily vegetated area in a section of the community known as Mexico say they came under heavy gunfire.

The gunfire was returned and when the shooting subsided a man was found with gunshot wounds.

Assistant Commissioner of Police in charge of Area 5, Gary Griffiths says he has not yet been identified.

Gregory Park has had a series of long standing gang conflicts between men from Mexico and another area called Gulf.

Sections of the community on Monday night came under sporadic gunfire.

The Police also confirmed that two houses were set ablaze in the area.

ACP Griffiths says residents on Thursday also set fire to some abandoned houses, they suspect are being used as havens for criminals to launch their attack.

ACP Griffiths says the police have sought an extension of the curfew.

Meanwhile, police on patrol responded to an incident in Central Village, at an area known as Little Lane where a man was shot and killed by armed men.

Neither of the two deceased men have been identified.

ACP Griffiths says a search is underway to locate another man involved in the shooting.

He says the conflict in that area has to do with Emancipendence work being given to a group of people.