Security Minister Confident Next Police Commissioner can be Promoted from Within 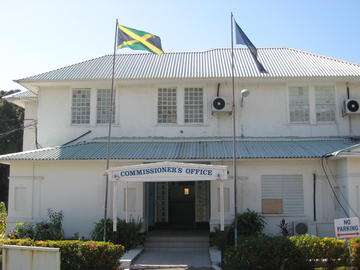 Security Minister, Robert Montague, is again dismissing calls for the new Commissioner of Police to be selected from outside the ranks of the Jamaica Constabulary Force, JCF.

Mr. Montague says he’s confident that the next Commissioner of Police can be found from within.

The Police Services Commission is now accepting applications for the post of Commissioner of Police.

And, Mr. Montague is outlining several measures to be implemented this year within the JCF.

He was speaking last evening at a function to commemorate the 150th anniversary of the Jamaica Constabulary Force.

Mr. Montague says the Force will continue to serve the country while respecting human rights and utilizing technology and intelligence.