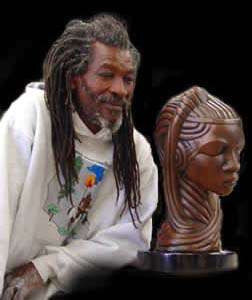 Senators on both sides of the aisle paid tribute today to acclaimed Jamaican artist and ceramist, Gene Pearson.

Mr. Tavares Finson described Mr. Pearson as a good friend of his and an outstanding artist.

The leader of Opposition Business in the Senate, Donna Scott Mottley described Mr. Pearson as a great Jamaican with a gift for creating fine art.

Minister Grange noted that people around the globe could always identify a Gene Pearson piece by its clarity, simplicity and commitment to the cultural expression of African identity.