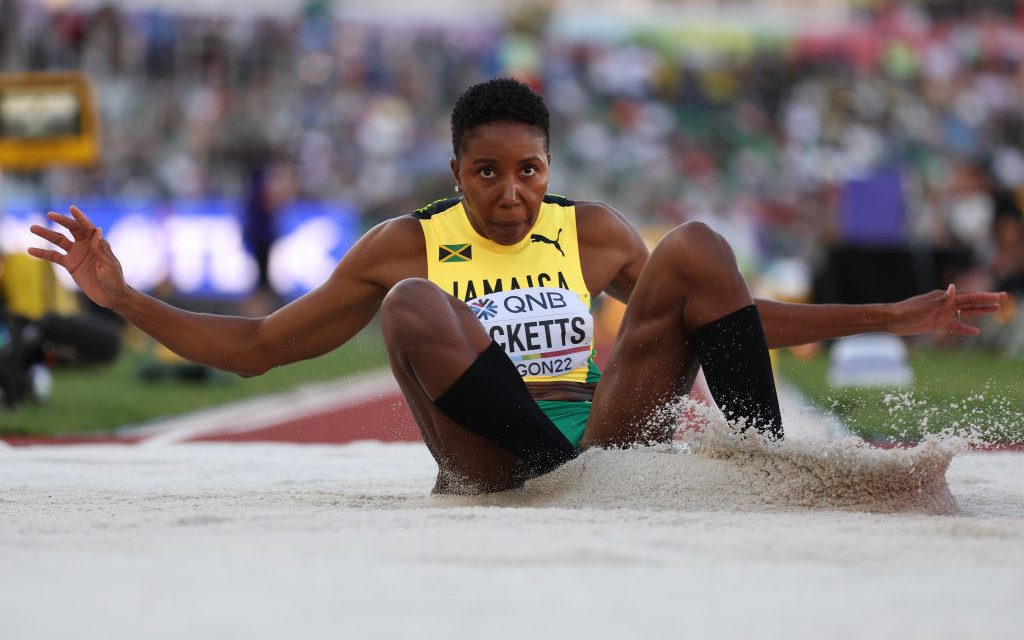 Jamaica won gold in the women’s triple jump at the Commonwealth Games, in Birmingham, England, today.

Her compatriot, Ackelia Smith, was sixth with 14.25 metres.

Meanwhile, Elaine Thompson-Herah remains on course to complete the sprint double after punching her ticket to the final by winning semi-final 3 in 22.63 seconds.

Nataliah Whyte also advance to the final after finishing second in semi-final 1 in 23.09 seconds.

Anthony Cox advanced as one of the non-automatic qualifiers after finishing third in semi-final-1 of the men’s 400 metre in 45.98 seconds. Nathan allen was second in semi-final-3 in 45.99 seconds.

Odayne Richards finished sixth in the men’s shot put final with a throw of 19.90 metres.