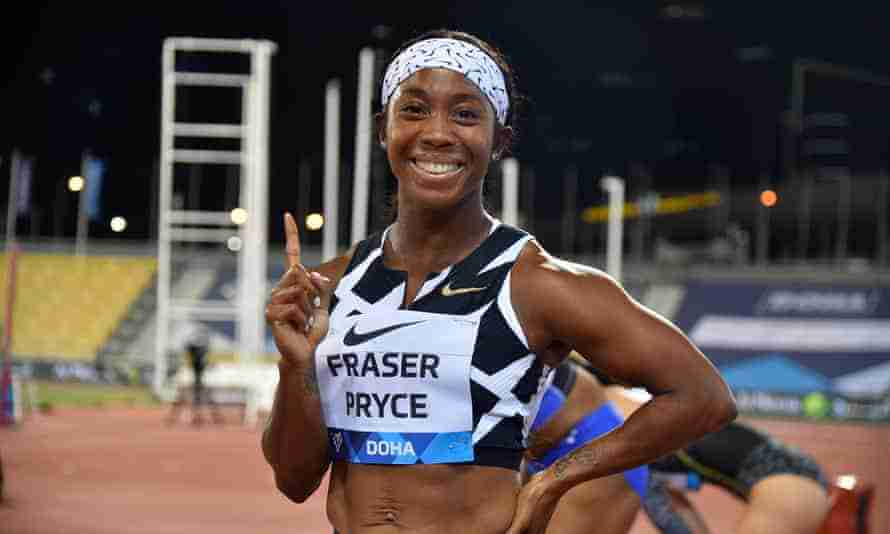 Track legend, Shelly-Ann Fraser-Pryce, a short while ago overcame a high-quality field to win the Diamond League 100 metres in a personal best 10.60 seconds.

The Jamaican sprint queen notched up her 21st sub-10.80 second clocking in impressive fashion to lead a third consecutive Jamaican 1,2,3 in the 100 metres.

Elaine Thompson-Herah came second in 10.64 seconds, her third-fastest time ever over 100 metres.

Fraser-Pryce, who’s the World Champion, was quick out the blocks and accelerated to defeat her fellow competitors which included Olympic Champion, Thompson-Herah who registered the fastest time for a second-place finish in 100 metre history.

The 10.60 seconds clocking by Fraser-Pryce today has lowered her previous personal best of 10.62.

Only Thompson-Herah with 10.54 seconds which was run last week and World Record Holder, the controversial American, Florence Griffith Joyner, have run quicker.

Fraser-Pryce, Thompson-Herah, and Jackson are scheduled to appear at a Diamond League meeting in France on Saturday, August 28 where they will again clash in the 100 metres.