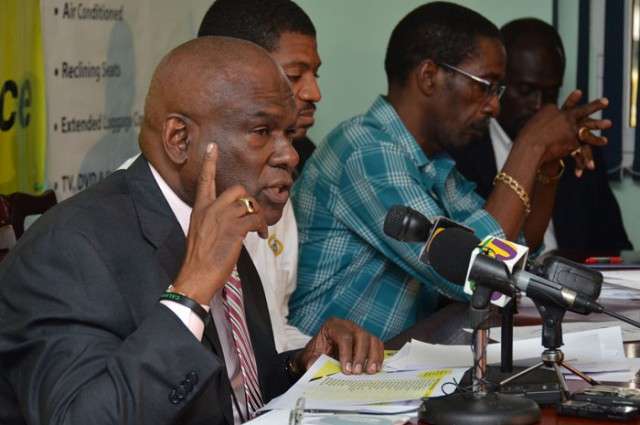 A show down is looming between the island’s sub-franchise transport operators and those charged with regulating the public passenger transport system.

Starting tomorrow sub-franchise bus and taxi operators say they will be taking a zero tolerance approach to what they call “the illegal operations” of the Transport Authority, the Island Traffic Authority, and the Police.

President of Transport Operators Development Sustainable Services, TODSS, Egeton Newman, this afternoon warned that if any coaster bus is confiscated by a wrecker for non-regulatory infringements, they’ll have no choice but to take drastic action.

He says sub-franchise operators who have invested over 15 billion dollars in the sector, and who’ve been serving Jamaicans for over 40 years, have no plans of walking away into the sunset without a fight.

The plan includes the immediate commencement of an all-island public education campaign aimed at educating operators and the general public on the role of the sector and the challenges faced.

Its also calling for the establishment of a National Passenger Transport Policy to govern the operations of the public transport sector.

The groups are also seeking a meeting with Prime Minister, Portia Simpson-Miller, to place on record the problems operators have been experiencing.

They say over the past three weeks 35 coaster buses have been confiscated by the Transport Authority and the Police under questionable circumstances.