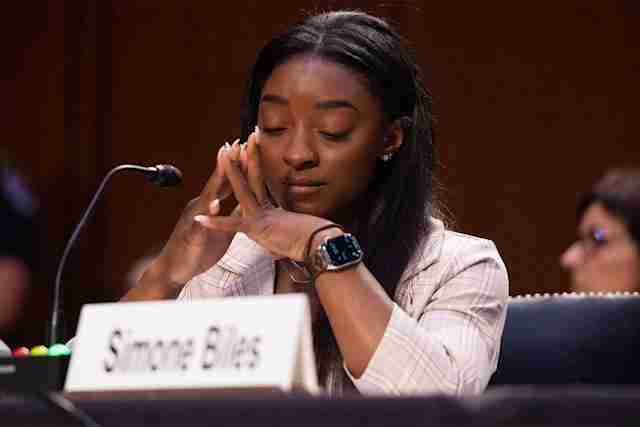 Olympic gymnast Simone Biles broke down as she delivered an emotional testimony in the US Senate’s hearing into former Team USA doctor Larry Nassar, who was jailed for sexual wrongdoing.

Biles told the hearing, which is considering the FBI’s handling of its investigations into Nassar, that Team USA and US Gymnastics bodies both “failed to do their jobs” to stop Nassar sexually abusing her and almost 150 women, it is alleged.

In her opening statement to the Senate Judiciary Committee, the Olympic gymnast said: “[T]he organisations created by Congress to oversee and protect me as an athlete, USA Gymnastics, and the United States Olympic and Paralympic Committee, failed to do their jobs”.

Biles says USA Gymnastics, and the United States Olympic and Paralympic Committee should be made to answer their handling of the issue.