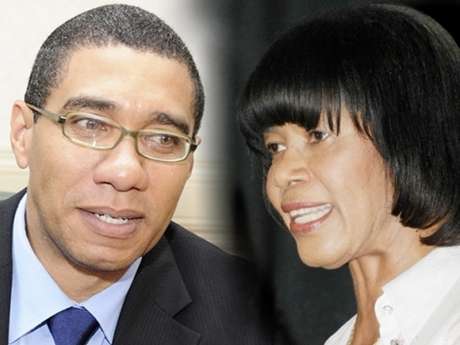 In her letter, the Opposition Leader says she promised to lead a Parliamentary Opposition that would hold government accountable at all times.

She’s describing the project as an ’emergency employment programme’, initiated with no consultation with Members of Parliament or Councilors.

Mrs. Simpson Miller says the Opposition has not been officially advised of the work being carried out in their constituencies.

She says the situation represents a dangerous precedent and “harks back to days of political victimization and the misuse of state resources for narrow political advantage.”

Mrs. Simpson Miller says this has fueled political tribalism and political violence in the past.

She hopes that this action is not an indication that Mr. Holness’s government is wittingly or unwittingly taking Jamaica back to such dark days.

The Opposition Leader told the Prime Minister that the misuse of state resources in an attempt to influence an election is illegal and a blatant breach of the constitution.

Mrs. Simpson Miller says her office will be inviting the Contractor General to conduct a probe.

She’s urging Mr. Holness to provide the nation with details of the process used to select contractors and workers.

Mrs. Simpson Miller is also urging that all elected representatives be consulted on the transparent and equitable implementation of the programme.