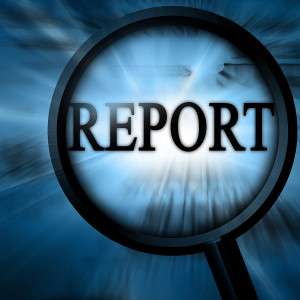 Public Defender Arlene Harrison Henry appears to have misled the country with several inaccurate declarations in her report on the dead babies scandal which affected the University Hospital of the West Indies, UHWI last year.

Let’s compare aspects of the Public Defender’s report with what one senior official from the Hospital told Nationwide News last year.

On Page 28 of her report, which was sent to the media last Friday, Mrs. Harrison Henry referred to the infection of babies at the UHWI between June and October 2015.

The Public Defender wrote- “it is clear that the Medical Chief of Staff, Professor Trevor McCartney did not categorize the infectious happenings at the UHWI as an outbreak”

Mrs. Harrison Henry continued – “neither did he -Professor McCartney- consider the term outbreak as an applicable description of what had transpired ”

That conclusion by Mrs. Harrison Henry cannot be true when matched against previous utterances by Professor McCartney at the time the story unfolded.

In an interview aired on Nationwide Radio on November 15, 2015, Professor McCartney described the infections at the UHWI in June as an outbreak.

Professor McCartney also stated that the outbreak at the UHWI in June escalated to crisis proportions in August.

He said the hospital’s management was then compelled to inform the Health Ministry.

But in her investigation, the Public Defender claimed that what transpired at the neo-natal facilities at the UHWI between October and June was not a crisis but normal.

Harrison Henry’s report says her conclusion that nothing unusual took place was based on statements given to her office by Professor McCartney.

The public defender’s report did not mention public statements made by Professor McCartney where he described neonatal infections at the UHWI as an outbreak and a crisis.

The Public Defender also incorrectly alleged in her report that the term outbreak used to describe the infection cases of the UHWI between June and October was a “media creation”.

Checks have indicated that at no time during the initial reportage of the story by the media was the term outbreak used to describe the situation at the UHWI.

It was the country’s then Chief Medical Officer, Dr. Marion Bullock Duccase who introduced the term to the dialogue.

At an emergency media conference called on October 19, 2015 at the Office of the Prime Minister, Bullock Duccasse, who’s a Medical Doctor with several decades of experience, repeatedly used the term outbreak specifically to describe the events at the Cornwall Regional Hospital and the UHWI between June and October of 2015.

Speaking on Nationwide at Five on Friday, Mrs. Harrison Henry admitted that she did not interview Dr.Ducasse to find out why the country’s then Chief Medical Officer repeatedly described the events at the UHWI as an outbreak.

Meanwhile, the Public Defender has also contradicted then Prime Minister Portia Simpson Miller, who’d stated that an outbreak took place at the UHWI and the Cornwall Regional Hospital.

Simpson Miller affirmed that the bacterial infection outbreaks which killed babies at the UHWI and the Cornwall Regional were abnormal, by local and international standards.

Mrs. Harrison Henry’s suggestion that nothing unusual transpired at the UHWI also contradicts a statement made to the media by UWI graduate and veteran US based Medical Practitioner, Dr. Vincent Hutchinson on October 23 last year.

Dr. Hutchinson is the former head of Pediatrics at Harlem Hospital Centre in New York.