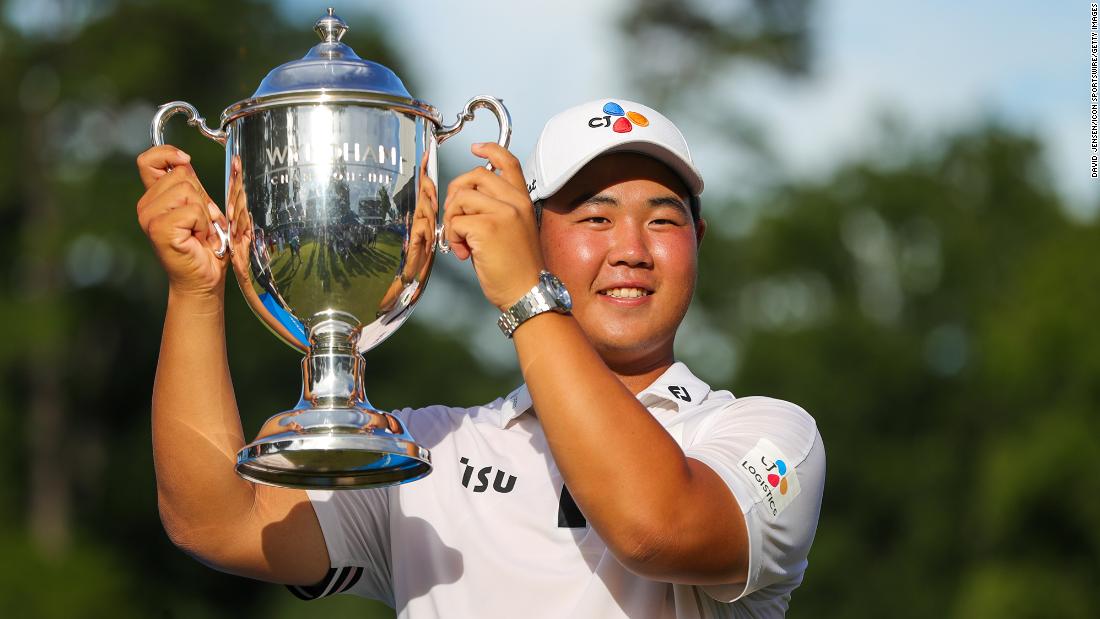 South Korea’s Kim Joo-hyung claimed his first victory on the PGA Tour after posting a nine-under-par 61 on Sunday to win the Wyndham Championship.

Kim, 20, becomes the second youngest winner on the PGA Tour since 1932.

Despite opening the tournament with a quadruple bogey, he finished five strokes ahead of compatriot Im Sung-jae and American John Huh in North Carolina.

His victory – the first on the PGA Tour by a player born in the 2000s – means he joins the PGA Tour as a full member, having been playing since mid-July on a “special temporary membership”.

It also sees him added to the FedEx Cup standings in 34th place, bumping England’s Matt Wallace out of the play-offs by a single place.