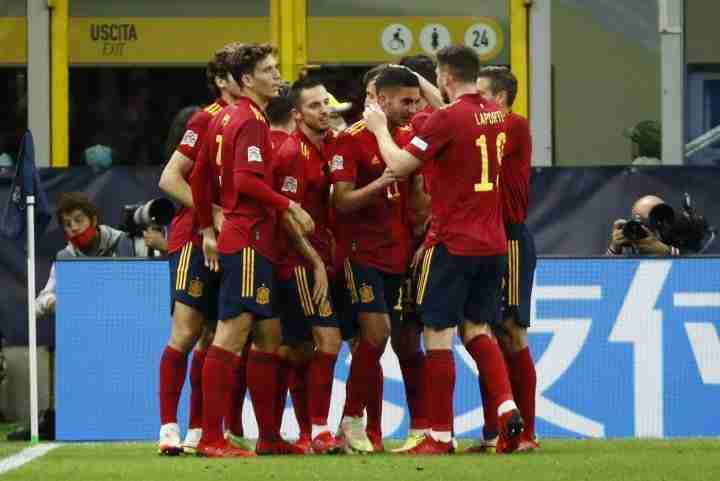 This was Italy’s first defeat since September 2018, ending their 37-game unbeaten streak.

Spanish right-winger Ferran Torres put his team ahead against Italy in minute 17 at Stadio San Siro in Milan.

He scored one more goal for his nation, delivering a header into the bottom right corner in the 45th minute.

Italy narrowed the gap to one with a goal from Lorenzo Pellegrini in minute 83.

Spain will face the winner of tomorrow’s game between Belgium and France.

Meanwhile, Italian defender Leonardo Bonucci was sent off in the 43rd minute.