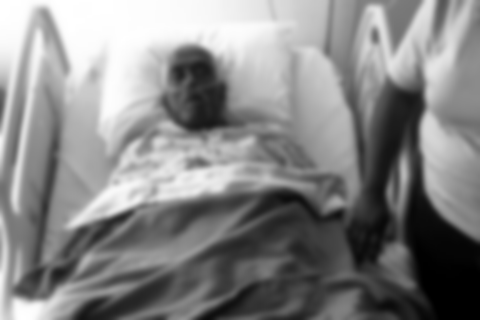 A family from Portmore, St Catherine is seeking answers from the Spanish Town hospital following the death of a 73 year old man, Vincent Williams.

The family says negligence at the hospital is to blame for the health challenges that Mr Williams faced in the last few months of his life.

Vincent Williams’ family took him to Spanish Town Hospital on October 25, 2014 to be treated for incontinence.

His family is alleging that while he was admitted to the facility, the 73 year old was so severely injured that he became paralyzed.

Julie Williams describes what happened to her husband:


Mrs Williams says the pain continued; and her husband was eventually brought back to Spanish Town Hospital where he was re-admitted on December 19.

Mr. Williams died on February 5 in the Kingston Public Hospital where he was being treated for the broken bones that his family says were inflicted when he was a patient at the Spanish Town Hospital.

Mrs. Williams says she’s awaiting an autopsy to determine the cause of his death, but she’s convinced that negligence at the Spanish Town hospital contributed to his poor health.

She says she has made several complaints to the Spanish Town hospital but to date she is yet to hear from officials.

She told us she was aware of the allegation — and that the hospital was investigating the matter.

In meantime, the family waits.