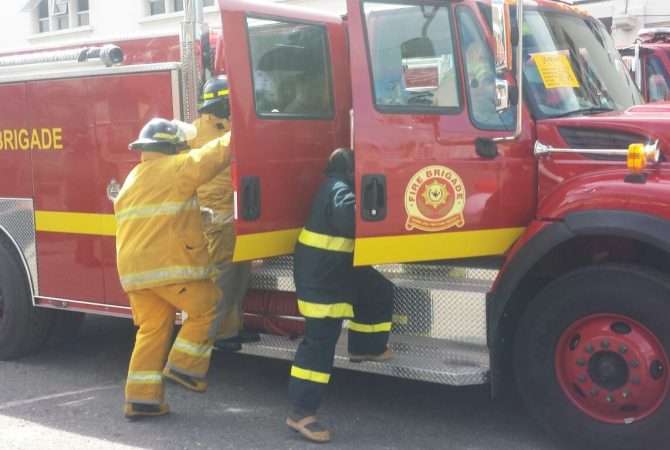 Mayor of Spanish Town, Norman Scott, says a fire that ravaged five businesses could have been prevented if the area’s Fire Brigade had a working phone line.

The establishments were destroyed during a fire at Brunswick Avenue in the parish capital on Saturday morning.

Five shops suffered serious losses. They housed furniture, barbering, grocery and machine establishments. They are now in ruins following a fire that broke out in the Brunswick Avenue of Spanish Town.

While the cause of the fire is still not known, Nationwide News understands that some residents had to drive to the Spanish Town Fire Station to report the blaze.

This after many unsuccessful attempts to reach the fire department by phone.

Mayor Scott told Nationwide News on Monday that the absence of a working phone at the station is unacceptable.

In the meantime, Commander for the St. Catherine Division of the Jamaica Fire Brigade, Patrick Gooden, admitted that the station’s phone line has been down, however, calls were being rerouted to the Portmore Fire Station.

He explained that on the night of the fire the phone lines at the Portmore Police Station were also not working.

According to Head of Communications at the Jamaica Fire Brigade, Emilio Ebanks, the phone lines at the Spanish Town Fire Station has been down as a result of Tropical Storm, Elsa.

Reports are that the owner of the furniture shop lost all his finished products as well as raw materials.