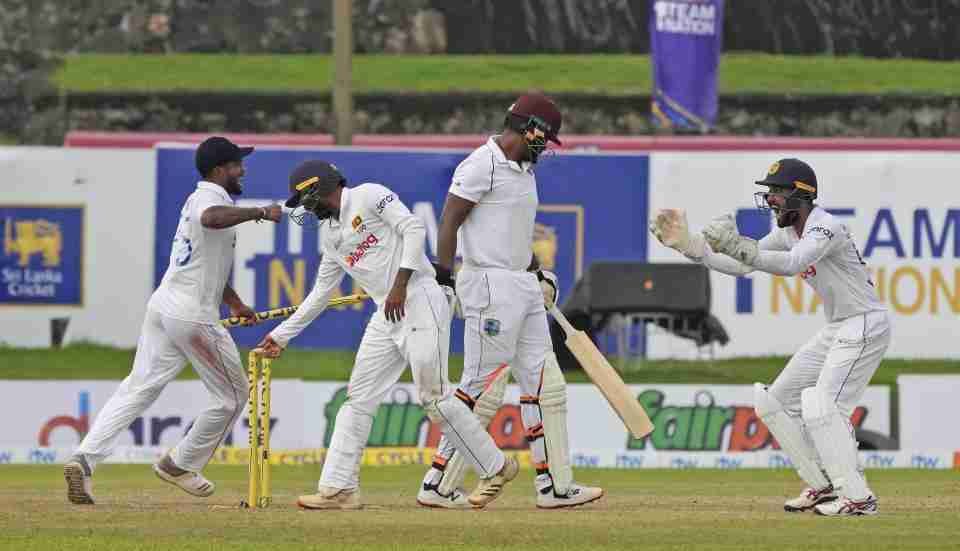 Hosts Sri Lanka beat the West Indies by 187 runs to take a 1-nil lead on the final day of the two Test series at Galle, today.

Resuming on 52 for 6 needing a further 296 to win, the Windies were bowled out for 160 in their second innings.

Nkruma Bonner was unbeaten on 68, while Joshua Da Silva made 54.

Lasith Ambul-deniya took 5-wickets for a six wicket match haul, while Ramesh Mendis took 4 in the second inning for 7 overall.

Da Silva says the team is frustrated with the outcome.

The second Test is set to start on November 29 and Da Silver want the batsmen to be more patient and selective with their shot choices.