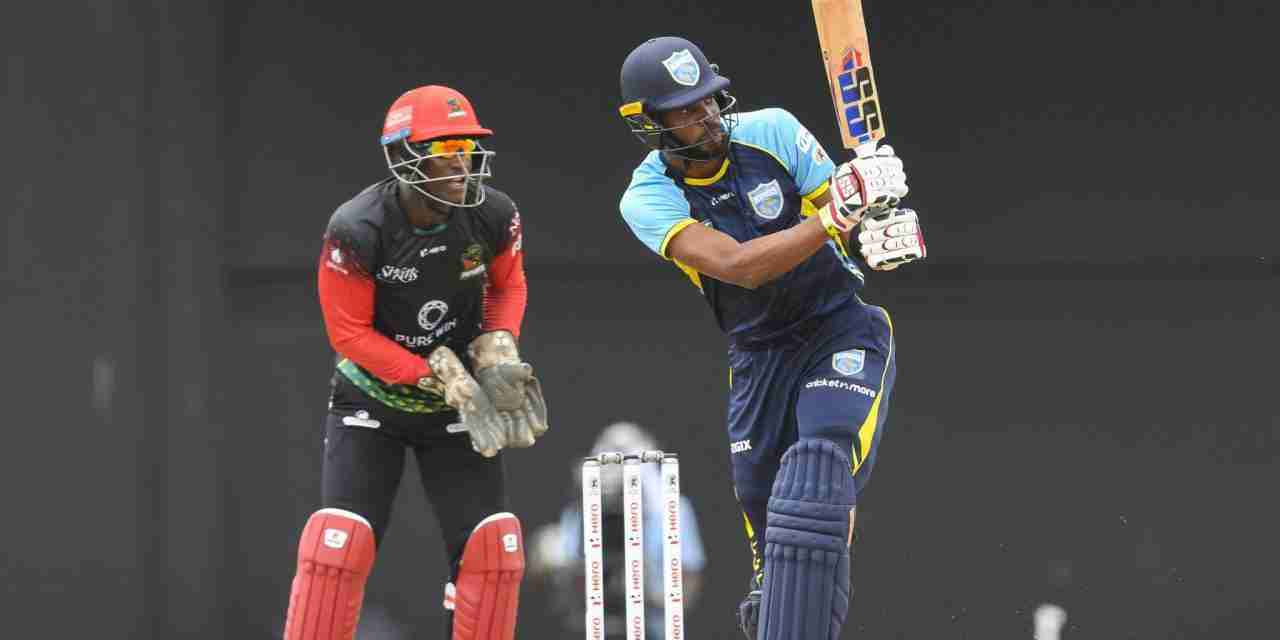 A new champion will be crowned for the T20 Caribbean Premier League season after defending champions the Trinbago Knight Riders were knocked out by the St. Lucia Kings, in semifinal-1, at Warner Park in St. Kitts and Nevis, on Tuesday.

The Kings will face the St. Kitts and Nevis Patriots in the finals.

The Knight Riders, who were going for their fifth title and their fourth in five years, were bowled out for 184 in 19.3 overs.

The Knight Riders were chasing 206 to win.

Sunil Narine top scored with 30, while Denesh Ramdin made 29 and Colin Munro made 28.

David Wiese finished with figures of 5-for-39, while Wahab Riaz and Keemo Paul took two wickets each.

Earlier, the Kings, led by and half century from Mark Deyal, made 205-for-4 off their 20 overs.

Chasing 179 to win the Patriots reached the target inside 18 overs.

Chris Gayle made 42, Dwayne Bravo 34 and Evin Lewis was unbeaten on 77.

Batting first, the Amazon Warriors made 178-for-9 off their 20 overs, with Shimron Hetmyer top scoring with 45.