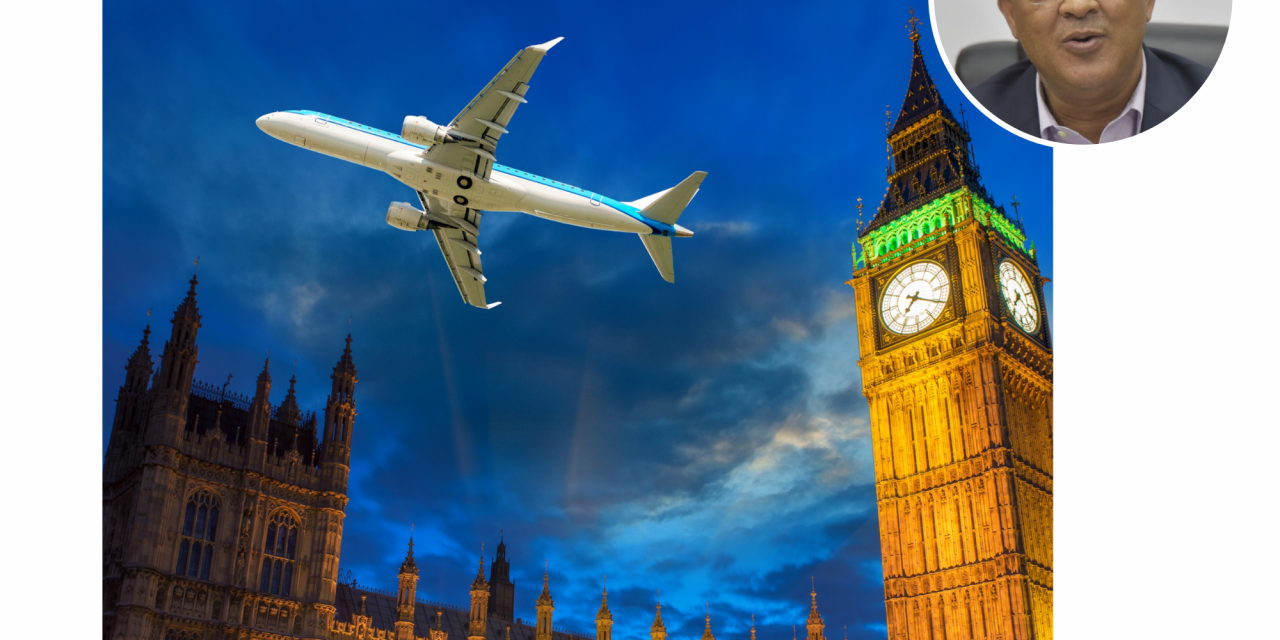 Jamaica has joined the growing list of more than 40 countries banning arrivals from the United Kingdom.

The ban which is in place for the next two weeks is a precaution against a new variant of the coronavirus identified in Britain.

The Ministry of Health made the announcement in a statement this afternoon.

It’s also strongly advising Jamaicans not to travel to the UK.

According to the Ministry of Health, the travel ban is effective immediately.

It says all flights coming into the island from the UK for a period of two weeks, ending January 4, 2021 will be banned.

However, flights coming into country over the next 24 hours and outbound flights to the UK will be allowed up to midnight Tuesday, December 22.

This is to facilitate three flights from the UK over the next 24 hours, one of which is already en route.

However, the Ministry is assuring Jamaicans that passengers who board those flights will be subjected to State quarantine for a minimum of 48-hours and PCR testing.

It says passengers who test negative will be fitted with armbands for monitoring and released to complete their 14-day quarantine at home.

Those found to be positive will be isolated in state facilities until they recover.

Family members of persons who arrive on these flights will be able to pick up their relatives after the minimum 48-hour quarantine.

The health authorities say family members are reminded that they must strictly adhere to the infection prevention and control measures when picking up their relatives, as well as during the mandatory quarantine period.

Persons who arrive in country from other ports of entry via the UK will also be required to adhere to all restrictions, in line with provisions under the Quarantine Act

The Health Ministry is reminding Jamaicans who travel overseas, including to the UK, that they’ll be subject to the established quarantine or isolation procedures, on their return to Jamaica.

The new COVID-19 variant has been found to be 70 per cent more infectious than the original strain of the novel coronavirus.

UK Health Authorities fear as a result it will become the dominant form.

The UK is one of Jamaica’s major tourism partners accounting for 10 per cent of all travel.

Meanwhile, Opposition Spokesman on Health, Dr. Morais Guy, says the opposition is in full support of the ban on travel from the United Kingdom.

Dr. Guy was speaking with Nationwide News this afternoon.

The Opposition Spokesman is calling for more stringent testing and tighter protocols to ensure that flights already en route to the island do not pose a risk to Jamaicans.

However, he says a further ban should be placed on all persons traveling to Jamaica whose flights originated from the UK, regardless of which country they are seeking to enter from.

In the meantime, the Jamaica Hotel and Tourist Association, JHTA, is endorsing the move by the government to ban travel from the United Kingdom.

President of the JHTA, Clifton Reader, says the move will negatively impact the tourism sector.

But, he says it’s the right decision.

Mr Reader says the UK travel ban is a significant blow to the sector at this time.

He notes that British Airways has just resumed flights to Jamaica after an 11-year hiatus.

According to Mr Reader, the move will ensure that people are protected.

Clifton Reader, President of the Jamaica Hotel and Tourist Association, speaking this afternoon with Nationwide News.