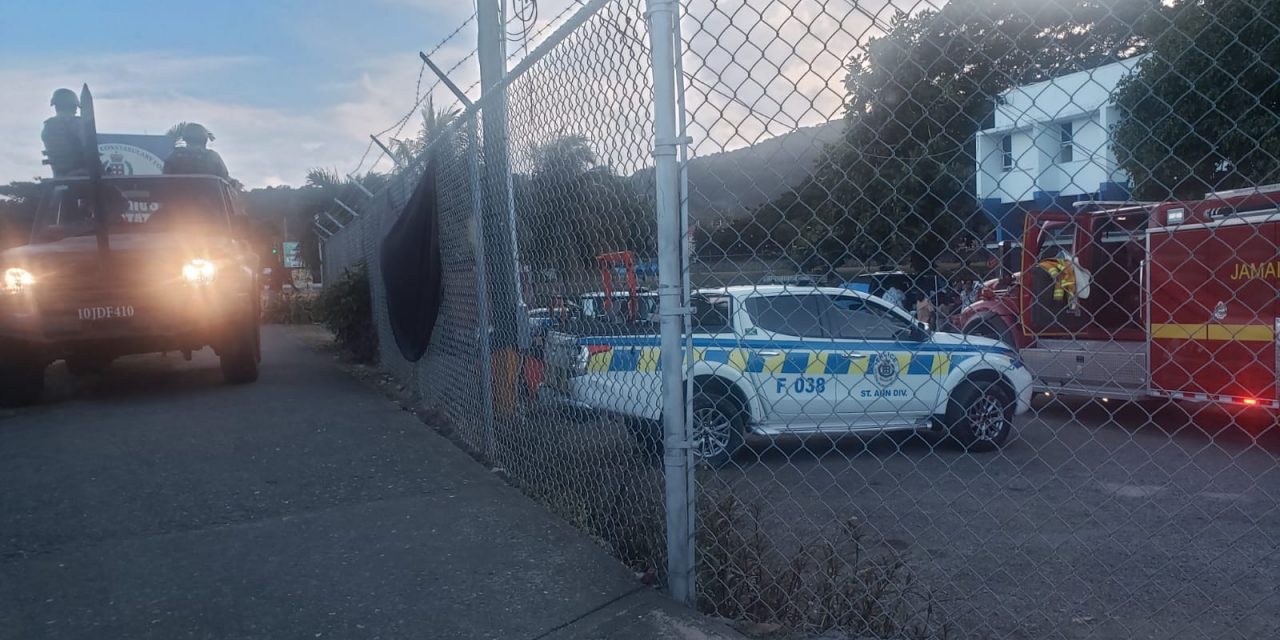 Nationwide News understands that a situation is developing at the Ocho Rios Police Station in St. Ann.

It’s reported that there’s a standoff between inmates and the police.

Commanding Officer for the St Ann Police Division SSP Dwight Powell confirmed this with our news team a short while ago however he wasn’t able to give further details.

Sources say a fire truck is on site.

There’s also a heavy military and police presence on location and the main gate to the station has reportedly been closed off to the public.

We’ll have more on this developing story.