Stephanie Taylor Voted ICC Player of the Month for July 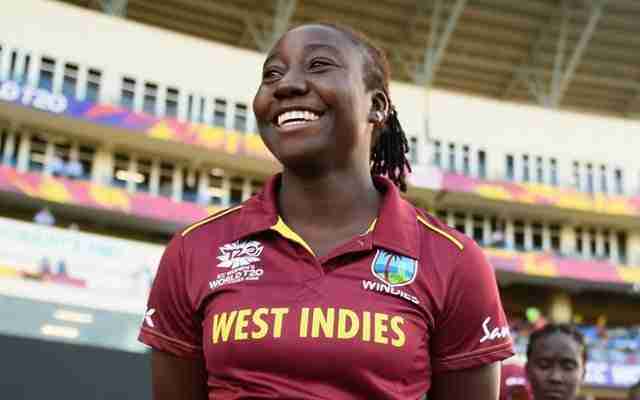 Captain of the West Indies women Stafanie Taylor continues her amazing showing on the international stage.

The stellar all-rounder has been voted  ICC Player of the Month for July 2021.

Taylor was the standout performer for West Indies in the CG Insurance ODI and T20I Series against Pakistan, in Antigua as she led the side to victory in both formats.

She was nominated for the award alongside team-mate Hayley Matthews and Pakistan’s Fatima Sana, but her all-round performance in the series helped her claim the most votes.

She had also picked up three wickets at 27 apiece.

Taylor also picked up four wickets in the T20 Internationals.

During the visit by Pakistan, Taylor became the third player in women’s cricket history to make 8,000 international runs, achieving the feat in the fourth CG Insurance ODI.

Only 30 years and 34 days old at the time, she is comfortably the youngest to ever do it, with England’s Charlotte Edwards 33 years old when she reached the milestone and Mithali Raj 34.

The feat only further confirmed Taylor’s status as one of the most outstanding allrounders in the game’s history.