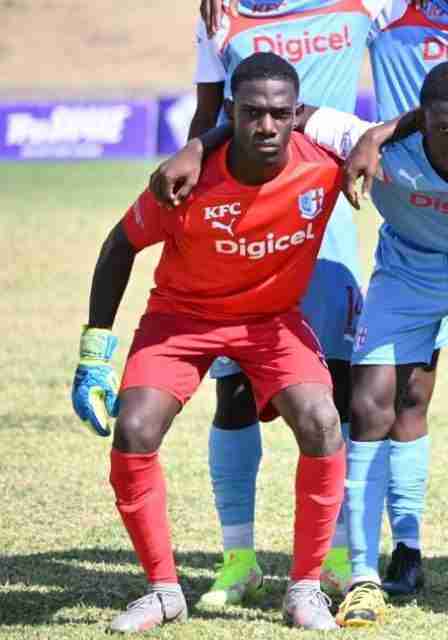 Donjae Jackson of St. George’s College is Digicel’s Star Balla of the Week.

As a goalkeeper, Jackson has a way of soaring through the air and it is no surprise he wants to venture into the field of aviation with being a pilot firmly on his mind.

The talented shot-stopper who is the main man between the stick for the Light Blues, has been flying high pulling down 10 CSEC subjects coupled with four CAPE Unit 1s.

Jackson is another epitome of balancing school work with sports.

He is also a fan of English football and it was no surprise that England is his favourite International team.

But back locally, his team St. George’s College, is relatively a young one and so far they are sitting in third spot in the group of death involving five former champions of the Manning Cup.

The Light Blues are on 6 points from three games after defeating Kingston High 2-1 and Bridgeport 1-0. They had a minor setback as group leaders Kingston Technical 3-1.

Jackson’s advice to young student-athletes is to remain focused in the classrooms and be disciplined both on and off the field.