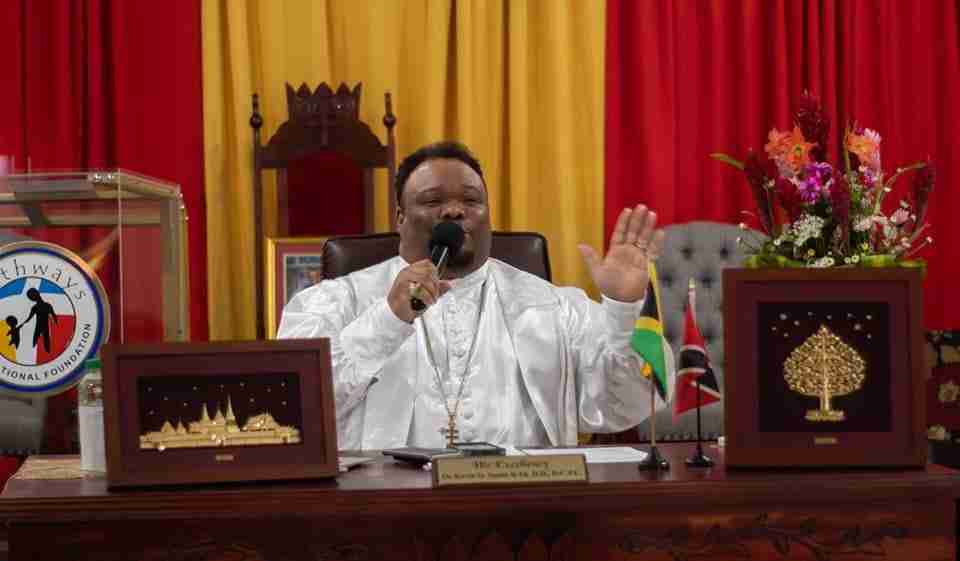 William Mitchell contributed to this report…

The controversial leader of the Pathways International Restoration Kingdom Ministries, Kevin Smith, died during a crash in St. Catherine a short while ago.

One member of the Jamaica Constabulary Force has succumbed to injuries sustained in the crash. Two other members of the Constabulary are currently undergoing surgery in hospital.

The Constabulary’s Corporate Communications Unit confirmed that a police service vehicle was involved in a collision near the Linstead Bypass near Bog Walk this morning.

It’s understood Smith was being transferred to Kingston for questioning following what’s believed to be a human sacrifice at the Pathways International Kingdom Restoration Ministries.

Two people were found with their throats slashed when police were alerted to an alleged ritual at the church.

Another person was reportedly shot and killed by the police when he attacked the security forces with a knife.

The police had indicated that charges would be laid against Smith following incident where it’s understood there were plans to sacrifice up to 144 people.

Our news centre also understands that at least one person who was taken into custody had told the police that he was instructed to carry out the human sacrifice by Smith.

Members of the police high command are on their way to the scene of the crash.