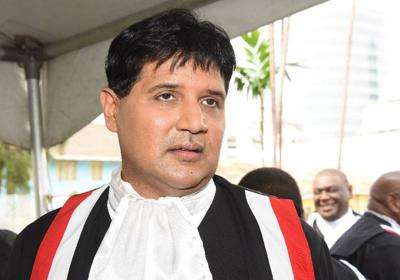 The police raid on a media house in March last year has been deemed unconstitutional by the court.

According to T&T NEWSDAY Justice Frank Seepersad held on Wednesday that the two search warrants obtained by the police for the media house in search of information which could lead them to a journalist’s source were “plainly irregular.”

He also held that it was unlawful and unconstitutional, as they disproportionately infringed on the media house’s rights to freedom of the press.

He said the decision to issue the warrants failed to strike the required balance between the interest to investigate the summary offence of ‘tipping off’ on the one hand and the right to press freedom as well as the right of the journalist who authored the articles to protect the confidentiality of her source on the other.

In his ruling, Seepersad also ordered compensation for the media house for the breach of its rights, to be assessed by a High Court Master.

One Caribbean Media Group Ltd, the Trinidad Express Newspapers and editor-in-chief Omatie Lyder had filed a constitutional claim against the Attorney General, the Commissioner of Police and Superintendent Wendell Lucas, who led the raid on March 11, 2020.

The latter three will have to pay the claimants’ costs.

The raid came after the publication of an investigative piece on ACP Irwin Hackshaw’s activity being flagged by local banks.

The police seized several devices from Lyder’s office at Independence Square in Port of Spain.

Meanwhile, Seepersad also advocated legislative reform on obtaining search warrants for media houses, saying they should be issued by a judge, not a justice of the peace.