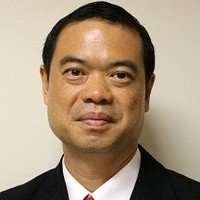 Jamaica Table Tennis Association presidential candidate Andrew Lue says if sitting president Godfrey Lothian goes ahead with his special general meeting on Saturday, he would be going against a ruling made by the Supreme Court in 2019

Lothian has called for a meeting of affiliates to vote on a motion of confidence in his leadership of the association, scheduled for this Saturday, the same day that affiliates supporting Lue will gather at the National Arena to perform opposite duties, that of voting on a no confidence motion that will be brought against Lothian.

Lothian won the September 2019 elections beating Karen Sinclair Lym for the JTTA Presidency, however Lym contested the result in court, which led to Lothian’s victory being ruled null and void.

Lue says in light of that ruling the only legitimate member of the Association who can sign off on a special general meeting is the general secretary who was in charge before the September polls Ann Marie Burton Pryce, adding that she has already made submission for the staging of the meeting at the National Arena.

He says under the constitution the general secretary can’t sign off on two meetings.

Lue says he has the numbers to remove Lothian from office and to also render him ineligible to run for any office when the date is set for the next AGM.

That’s Andrew Lue, candidate for president of the Jamaica Table Tennis Association speaking last night on the Nationwide Sports talk and call in show From The Sidelines.