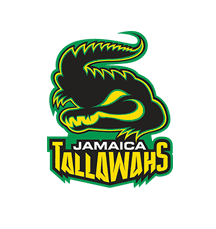 Today is a rest day in the Caribbean Premier League T20 tournament in Trinidad but when play resumes on saturday the JamaicaTallawahs having already qualified for the semi-finals, will now battle to avoid meeting the rampaging undefeated Trinbago Knight Riders in the last four.

The Tallawahs spot in the semi-finals was confirmed lastnight after the Guyana Amazon Warriors defeated  Barbados Tridents by six wickets to knock the champions out of semi-final contention.

With just one regular season game to play the Tridents can only get to a maximum six points while the Tallawahs who still have two games to play are already on seven points.

The Tallawahs will meet the Tridents tomorrow at 4.30pm Jamaica time and victory would put them on 9 points, one behind third place St.Lucia Zouks who will play the early game against the Knight Riders.