Taxi Operator Charged for Assaulting Police in May Pen 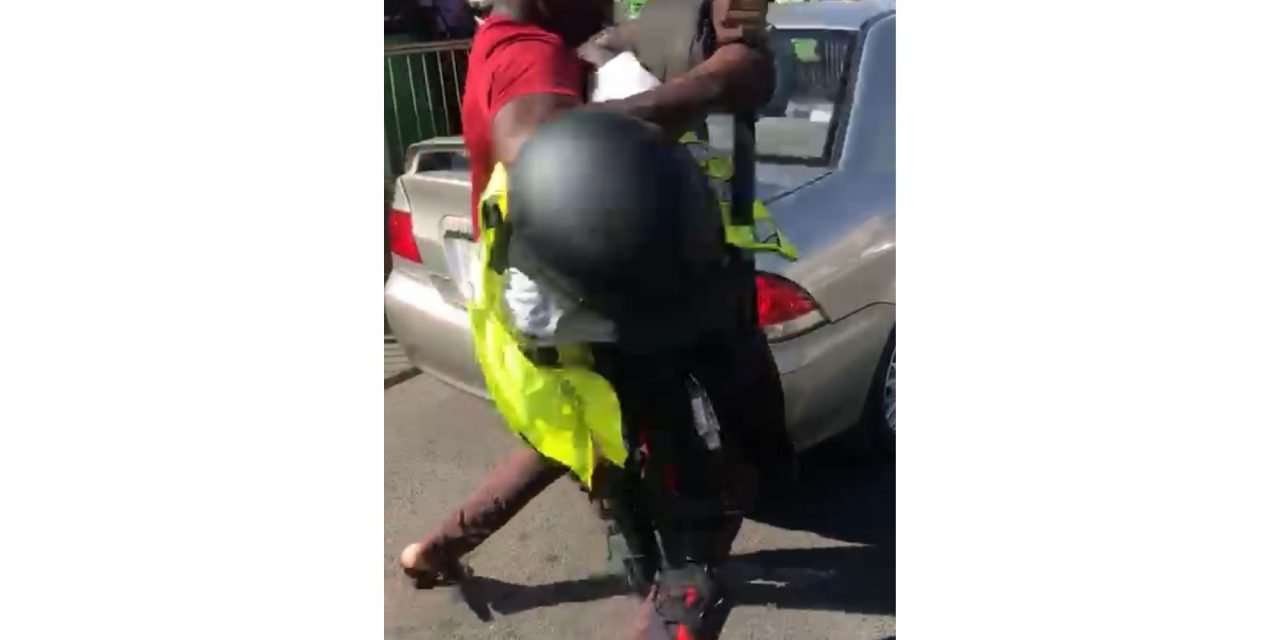 The Police have charged a taxi operator for assaulting a Policeman in May Pen, Clarendon this morning.

A video of the incident is being circulated on social media.

It shows the Policeman attempting to restrain the taximan, before he was tripped to the ground.

In the video, the Policeman is also seen pulling his service gun from its holster and pointing it at the taxi man.

This voicenote of an eyewitness has also been circulating on social media.

She says Policeman pulled his firearm but did not shoot the taxi operator.