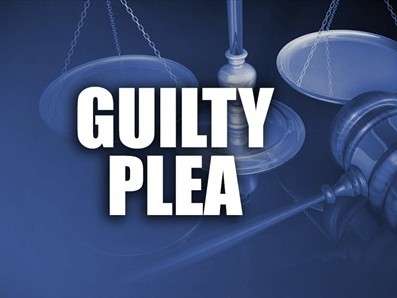 Today, a courtroom was designated to hear only cases in which the accused was opting to take up the offer of a reduced sentence if they pleaded guilty.

Justice Leighton Pusey presided over the morning and afternoon sessions.

There were several matters including illegal possession of firearm and ammunition, assault, and robbery with aggravation.

Justice Pusey heard eleven persons plead guilty in return for a reduction in their sentences.

Among them was one woman who is before the courts for illegal possession of firearm and ammunition.

This being the most common charge among the group today.

However, of the eleven, only five went through with the process. Garfield Chin, Daniel Spence, Gregory Carby, Peter McClymont and Roy Junior all pleaded guilty.

They face charges which ranged from illegal possession of firearm and ammunition to robbery with aggravation.

The six others including the female decided not to plead.

Peta-Gaye Mitchell is charged with illegal possession of a firearm.

The other five accused; Dowayne McLeggon, Tyrese Clarke, Colford Strachan, Kevin Henry and Dwight Wint are on charges ranging from illegal possession of a firearm, shooting with intent and assault at common law.

The reduction list was extended with five more persons seeking to plead guilty.

One accused who is a janitor at a juice factory says he left work to attend court. He says he was before the court for illegal possession of firearm and ammunition.

The janitor who says he spent his 40th birthday in jail says this is his first time in trouble with the law. He says his matter was originally set for August but is grateful when his lawyer called him about the sentence reduction today.

When court was resumed at 2, the janitor and four others pleaded guilty. Their charges are unknown but are said to be gun related.

Ten of sixteen persons pleaded guilty today in return for a sentence reduction.

The sentencing for all the accused will be heard on June 21 and 28.

The Judge will also take into consideration social reports and the number of times the accused has been in trouble with the law.

Earlier this month, President of the Jamaica Bar Association, Jacqueline Cummings Gordon says the idea for a sentence reduction day was developed during a meeting of the Chief Justice’s Criminal Case Management Steering Committee.

She says the project aims at reducing the backlog in the courts. The initiative is currently a pilot project.