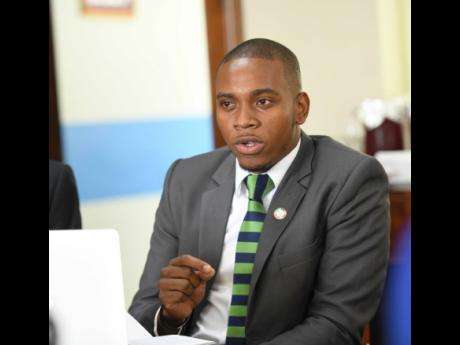 President of the Jamaica Union of Tertiary Students, JUTS, Everton Rattray, is calling on teachers colleges across the country not to administer end of term exams in person.

Mr. Rattray says following the meeting with the tertiary student’s union of teacher’s colleges across the country it was revealed that chief among their concerns is the safety of students given the prevailing COVID-19 pandemic.

And he’s says the JUTS has written to the Education Minister but hasn’t received a response.

According to Mr. Rattray, students are concerned about the preparedness of schools to keep students safe.

Meanwhile, Mr. Rattray says the JUTS have written to the teacher’s college’s of Jamaica, but they’re concerned with the timeline set to meet and attempt to resolve the issue.

Everton Rattray, President of the JUTS, speaking this afternoon with Nationwide News.