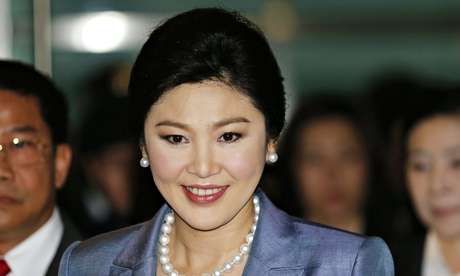 Thailand’s military Junta has given permission to ousted former Prime Minister Yingluck Shinawatra to leave the country for the first time since the May 22 coup.

Ms. Yingluck is expected to travel to Paris next week to attend the 65th birthday party of her elder brother, the fugitive former Premier Thaksin Shinawatra.

According to the junta, her request was approved because she had stayed out of politics since the military seized power.

Ms. Yingluck, Thailand’s first female Prime Minister, was removed from office in a controversial court ruling shortly before the army toppled the remnants of her elected government.