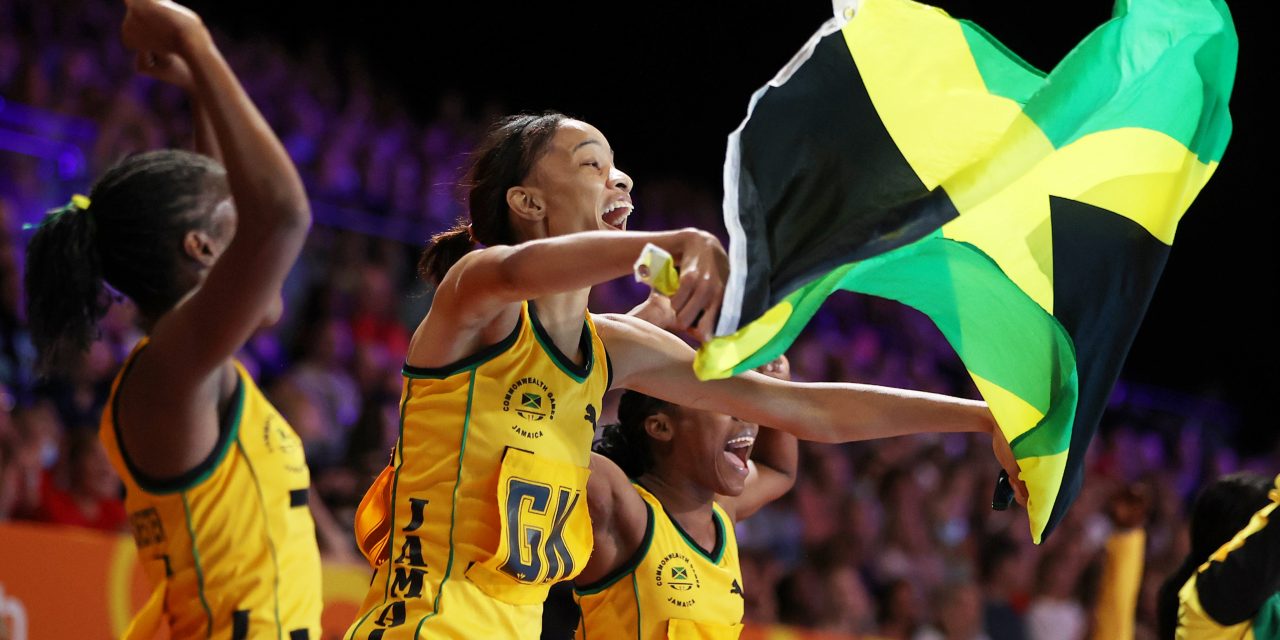 Image: Courtesy of the Commonwealth Sport

Jamaica’s National Netball team continues to roll at the Commonwealth Games and for the first time in history will be competing in the gold medal game in Birmingham.

The Sunshine Girls, fresh off an historic win against world number 1 and defending champions, Australia, have taken another big scalp in the form of New Zealand in the semifinals.

The Sunshine Girls won the match 67-51 to set up a final show down between either England or Australia.

Jamaica started the game brightly ending the first quarter with an 18-9 lead. The lead grew to 36-22 at the half and by the end of the third quarter the Sunshine Girls were sitting on a comfortable 52-35 lead over the number 2 ranked team in the world.

The Sunshine Girls are the highest globally ranked Jamaican team at number 4. However, the team is fresh off momentum having beating the two highest ranked teams globally.

Captain, Jhanielle Fowler, again shone brightest for the Sunshine Girls. The Australia based goal shooter was a perfect 54 from 54 from the field. Her companion in attack, Shanice Beckford, added a further 10 point from 10 attempts in the comfortable victory.

Grace Nweke did most of the heavy lifting for the stunned New Zealand team, with the goal shooter netting 24 of 24 attempts.

This is another excellent gift from the Sunshine Girls on the day Jamaica celebrates it’s 60th Independence Day.

Jamaica is quickly becoming the story of the Commonwealth Games netball tournament. Their dramatic come from behind win to top Group A was only matched by the Girls dancing prowess after the game, with their rendition of the popular Jamaican dance, Bounce, going viral.

And the girls are taking that bounce all the way to the gold medal game on Sunday.