The Wigton Prospectus and the ‘Socialization of Wealth’ 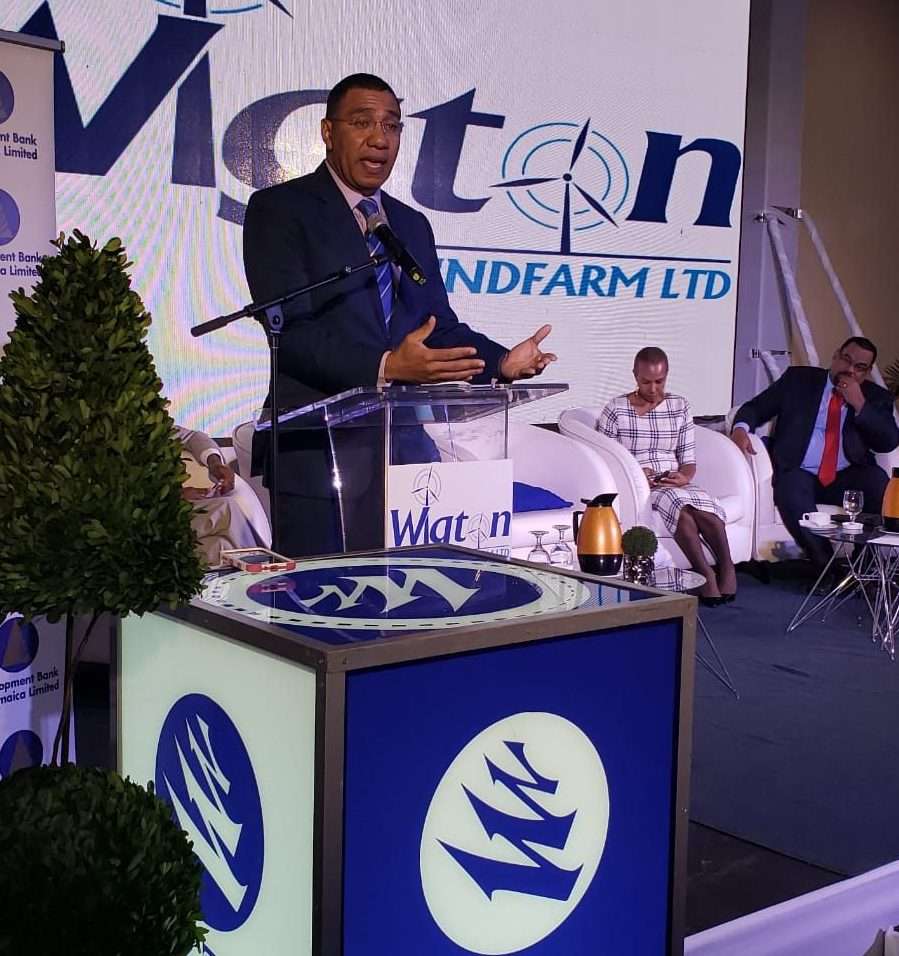 One-thousand Jamaican dollars is all it will take for Jamaicans to own a piece of the country’s largest renewable energy company, Wigton Windfarm.

The government is using the stock exchange to sell the entire company at just 50-cents a share, with a minimum buy-in of 2,000 shares.

The offer opens on April 17 and is scheduled to close on May 1. The government is putting 11-billion shares in one of its most profitable assets, up for sale to ordinary Jamaicans. They’re also reserving more than 2-billion shares for public sector workers, at the same 50-cents a share.

Prime Minister Andrew Holness is describing it as “the socialization of wealth”.

Finance Minister, Dr. Nigel Clarke, says they want all Jamaicans to be able to own a piece of the company.

No one will be allowed to own more than 10-per cent of the company, at least for the first five years. And, Dr. Clarke says the IPO won’t be managed in the typical way, which often sees small investors left out.

Prime Minister Holness says the government is also preparing other assets for sale through the stock exchange, including its shares in the Jamaica Public Service, JPS. He says he believes having Jamaicans directly owning public assets will help to prevent corruption.

According to the audited financial statements, Wigton Windfarm raked in net profits of $826-million last year, more than four times what it made in the previous year.

The company is also eyeing expansion when the government sends out its next request for proposals.