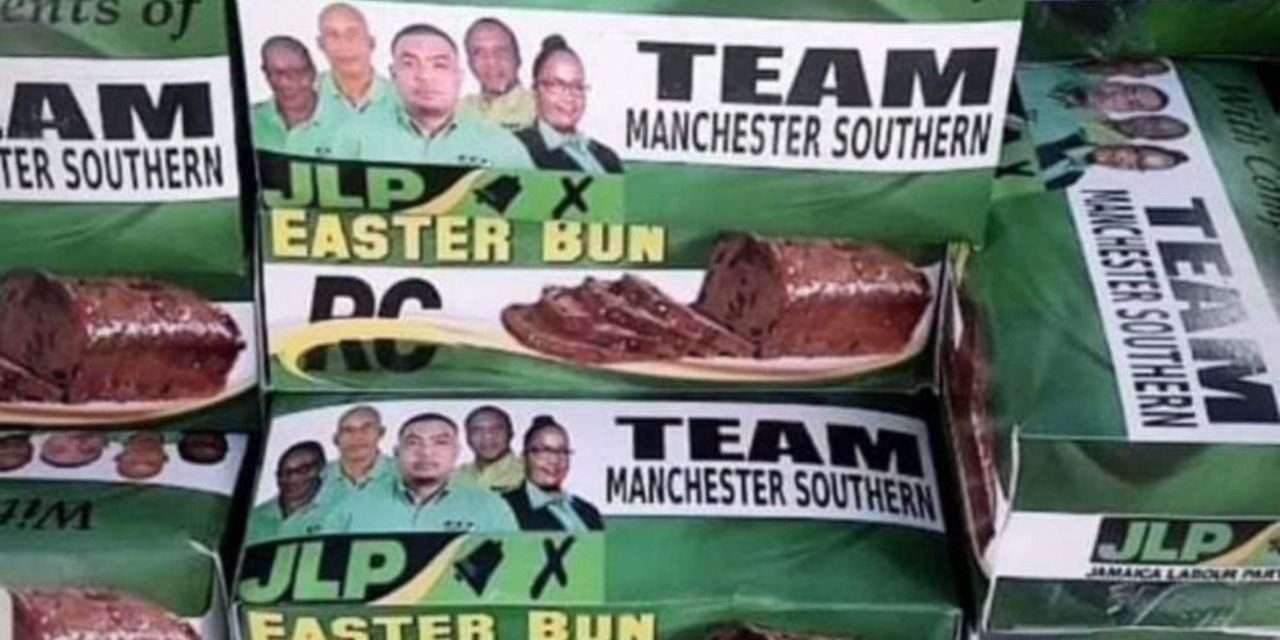 Member of Parliament for Southern Manchester, the JLP’s Robert Chin, is defending his decision to gift constituents Easter buns with his face and party branding on the boxes.

The first-time MP ignited a social media firestorm after images emerged of the buns plastered in green, with the Labour party’s logo and bearing his likeness.

Scores of social media users condemned the politician’s decision as distasteful, but Mr. Chin is rubbishing the criticisms as uninformed.

Mr. Chin says the branded buns were paid for with personal funds and formed part of his outreach to Jamaica Labour Party workers who supported his successful election campaign.

The Labour Party MP says his constituents were appreciative of the branded gesture.

He says his constituents were accepting of what he calls the “green box”.

He was speaking earlier today on Cliff Hughes Online.

Meanwhile, MP for North Central Clarendon, the JLP’s Robert Morgan, agrees the distribution of the branded buns may have been inappropriate.

But, he doesn’t think Mr. Chin had any malicious intent.

Speaking on Cliff Hughes Online this morning, Mr. Morgan said the JLP has no issue with apologizing to people who may have been insulted.

In acknowledging that the country’s politics has evolved, Mr. Morgan says new Members of Parliament will make mistakes.

The North Central Clarendon MP also says he would not have gone the route of the branded buns.

He was speaking on today’s edition of Cliff Hughes Online.