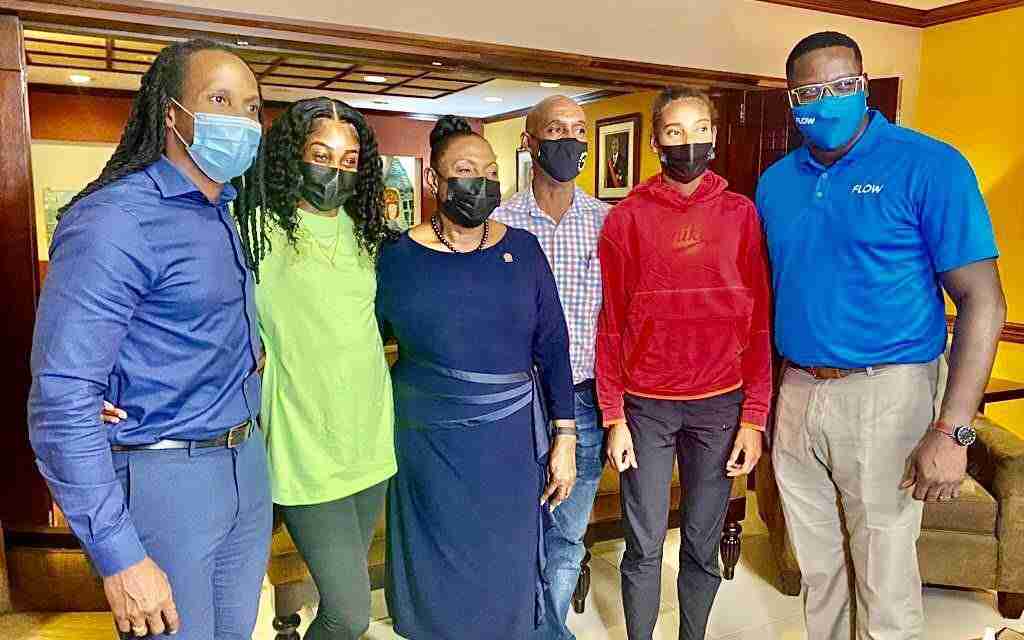 Minister Grange was on hand at the Norman Manley International Airport as Olympians Elaine Thompson-Herah and Stephanie-Ann McPherson returned to the Island.

Also in the welcoming party were Minister of State in the ministry of Sports, Alando Terrelonge, President of the JAAA Garth Gayle, and Country Manager for FLOW, Stephen Price.

Elaine Thompson-Herah retained both the women’s 100 and 200 metres titles at the Tokyo Olympics, She was also a member of the quarter that won the women’s 4-by-100-metres relay in a new national record.

Meanwhile, Stephanie-Ann McPherson was a finalist in the women’s 400-metres.

While acknowledging the achievement of all the athletes, Minister Grange says Thompson-Herah gave Jamaicans at home and abroad another reason to walk proud.

Thompson-Herah says she plans to improve on the world leading and second fastest time over 100-metres for women – 10.54 seconds next season.

Thompson-Herah says as long as she’s healthy she plans to dominate women’s sprinting for the next three years.

Stephen Price, Country Manager for Flow – of which Thompson-Herah is a brand ambassador – says they back her to break the women’s 100-metres world record of 10-point-49 seconds set by Florence Griffith-Joyner in 1988.