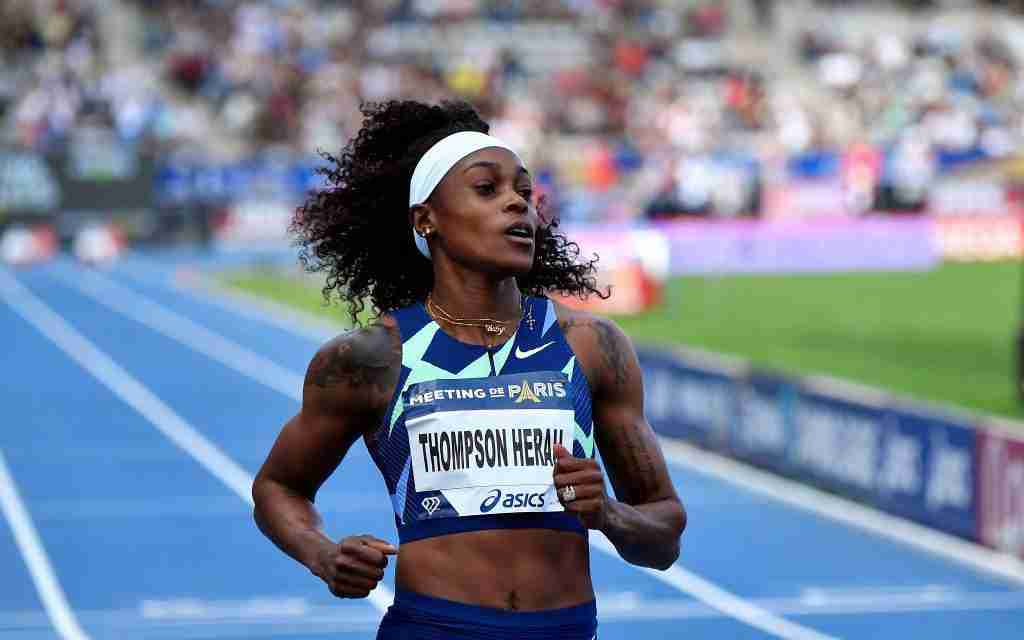 Olympic back-to-back double sprint champion, Elaine Thompson-Herah, on Saturday clocked 10.94 and 22.55 seconds in the 100 and 200 metres respectively in Kingston only two days after she pulled out of a high profile Diamond League event, citing discomfort in training.

The Diamond League meet was also run on Saturday.

Thompson-Herah was scheduled to clash in the shorter sprint at the Birmingham Diamond League with fellow Jamaican, Shericka Jackson, American Gabby Thomas and Briton, Dina Asher-Smith.

However, in a statement on Thursday, Thompson-Herah said that as a precautionary measure she had decided not to travel for the Diamond League event – a decision which left promoters of the meet scrambling for a replacement.

Asher-Smith took the event in Birmingham in 11.11 seconds, with Jackson a close second in 11.12.

Thompson-Herah, who’s the 2nd fastest woman ever over 100-meters, surprised some track pundits when she turned up at the JAAA Jubilee series at the National Stadium in Jamaica and won her 100m heat in 11.35 seconds (-1.7m/s).

She returned to the track for the final and registered the sub-11 clocking which was run into a -1.8m/s wind.

Thompson-Herah won the 100 metre event final ahead of Remona Burchell, who finished a distant second in 11.31 seconds.

The Olympic Champion returned to the track 45 minutes later to also win the 200 metres.

The Jubilee event was held ahead of the National Trials which are to begin at the National Stadium on June 23.

The trials will assist in selecting Jamaica’a team to the World Championships which are to take place in Oregon in the United States in July.