Thousands of Christians in Iraq Flee 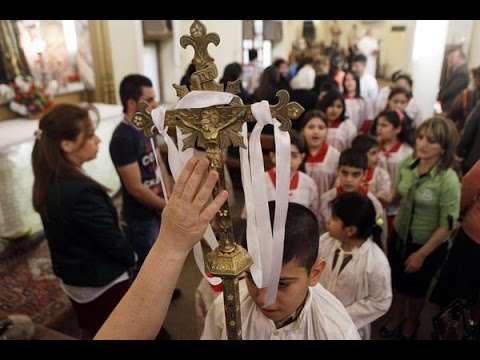 Up to a quarter of Iraq’s Christians are reported to be fleeing after Islamic militants seized the minority group’s biggest town.

The Islamic State or ISIS group captured Qa-ra-qosh overnight after the withdrawal of Kurdish forces.

ISIS has been gaining ground in northern Iraq since June, and also controls some of Syria.

The US has warned that the state of Iraq’s minority groups threatens to become a “humanitarian catastrophe”.

White House spokesman, Josh Earnest, says the US was “gravely concerned for their health and safety.”

But, he refused to confirm a New York Times report that the US is considering air strikes to help the Yazidi community, another minority group in northern Iraq, that has been targeted by ISIS.