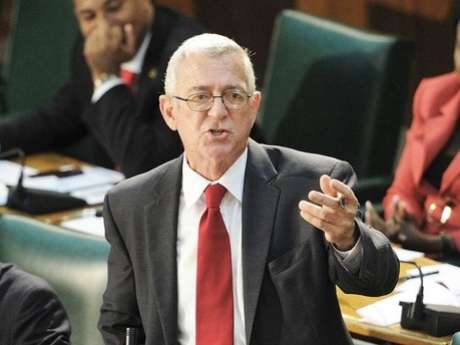 Minister Thwaites says the measures are expected to stamp out what he called “the unethical practice” of high schools recruiting students, primarily for sporting activities, without regard for their academic advancement.


The Minister also announced that before students can participate in Inter-Secondary Schools Sports Association, ISSA, events, they must maintain a 45-percent pass in 4 subjects.

He also announced that the Ministry of Education will be reviewing academic records before a student is transferred, to determine if
the student is able to cope with the curriculum of the receiving school.

He says the measures are intended to promote fairness and sportsmanlike attributes among competing athletes and also among school administrators.

Meanwhile, Several  Opposition MPs objected to the policy as proposed by Minister Thwaites.

South West St. Catherine MP, Evarld Warmington called the policy ‘a serious over-reach’ and likened it to using a sledge-hammer to kill a fly.

MP for Clarendon North Central, Pearnel Charles, also opposed the policy and says it needs to be reviewed.