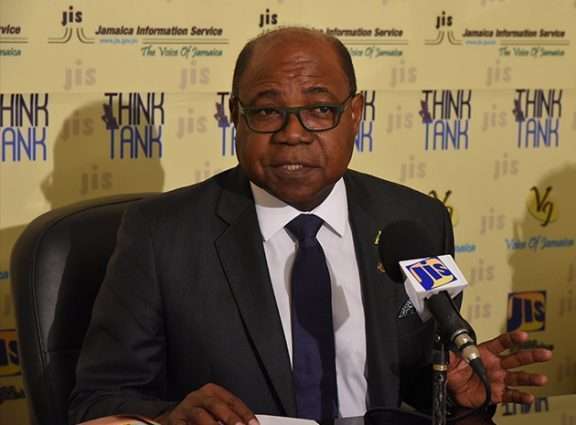 Portfolio Minister, Edmund Bartlett and his delegation are currently in Chile as part of a tour of several countries in Latin America.

Minister Bartlett is joined on the tour by Director of Tourism, Donovan White and Senior Advisor, Delano Seiveright.

Mr. Seiveright says discussions with major stakeholders have been fruitful.

Minister Bartlett and his delegation are to return to Jamaica on Thursday.

In a statement today, Minister Bartlett said by 2021 there’s expected to be a near doubling of the number of tourists visiting Jamaica from Latin America.

The Tourism Ministry says the Argentinean airline, Latam is to begin operating multiple weekly flights into Montego Bay from Peru.

Minister Bartlett says those arrangements will ease travel for many vacationers who are visiting Jamaica from several Latin American countries including – Argentina, Brazil, Peru and Colombia.