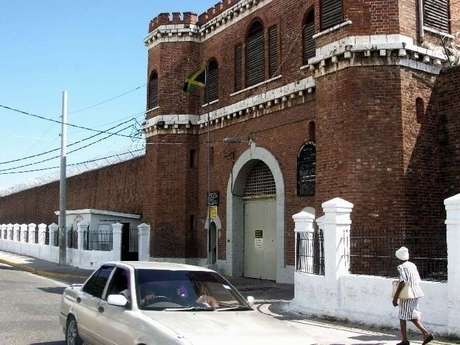 Prisoners are this afternoon restive at the Tower Street Adult Correctional Facility previously known as the General Penitentiary in Kingston.

Nationwide News understands the prisoners became restive after no one attended to an ill inmate.

In audio obtained by Nationwide News, the prisoners can be heard making noises to get the attention of the warders.

Several inmates in a cell tried helplessly to get the attention of warders at Tower Street last night in an effort to prevent another from dying.

Nationwide News understands the ill inmate was suffering from an asthma attack.

In the audio obtained by our new centre, the prisoners can be heard hitting the cell in an effort to get help.

An inmate in another cell says the prisoners were trying to get the attention from the warders for about an hour.

His voice has been distorted to protect his identity.

Superintendent at the facility, AD Brown says he wasn’t aware of the incident and referred our news centre to the Commissioner of Corrections, Ina Hunter. However, efforts to reach Ms. Hunter were unsuccessful.